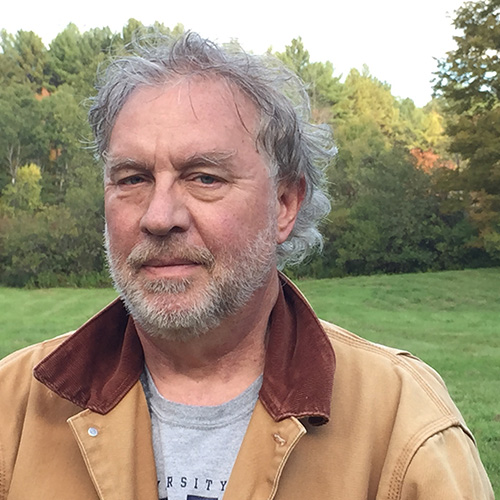 Chard deNiord is the poet laureate of Vermont and the author of six books of poetry, most recently Interstate (The University of Pittsburgh Press, 2015) and The Double Truth (Pittsburgh, 2011). His new book of interviews with nine contemporary poets (Jane Hirshfield, Natasha Trethewey, Carolyn Forché, Galway Kinnell, Martín Espada, Stephen Kuusisto, Peter Everwine, Ed Ochester, and Stephen Sandy) and James Wright’s widow, Annie, is forthcoming from Pittsburgh this month under the title I Would Lie To You If I Could. Other books include Night Mowing (Pittsburgh, 2005), Sharp Golden Thorn (Marsh Hawk Press, 2003), and Asleep in the Fire (University of Alabama Press, 1990). A book of essays on and interviews with seven senior American poets, titled Sad Friends, Drowned Lovers, Stapled Songs: Conversations and Reflections on Twentieth-Century American Poets, was published by Marick Press in 2012. His poems and essays have appeared in The Pushcart Book of Poetry, New England Review, AGNI, Literary Imagination, Salmagundi, The American Poetry Review, and The Hudson Review. He is professor of English and creative writing at Providence College, co-founder of the New England College MFA Program in Poetry, and a trustee of the Ruth Stone Trust. He lives in Westminster West, Vermont, with his wife, Liz. (updated 5/2018)