as he leaves, and says the children are only hers. 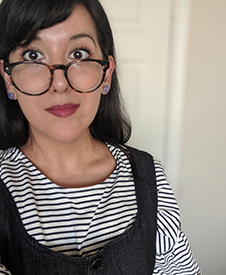 Laura Villareal, a 2019–20 National Book Critics Circle Fellow, is the author of the poetry chapbook The Cartography of Sleep (Nostrovia! Press, 2018). Her writing has appeared or is forthcoming in Grist, AGNI, Black Warrior Review, Waxwing, and elsewhere. (updated 4/2020)