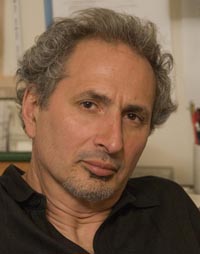 Peter Balakian is the author of seven books of poems, including Ozone Journal, which won the Pulitzer Prize, and four books of prose, including the memoir Black Dog of Fate which won the PEN/Albrand Prize. He is also the author of Vise and Shadow: Selected Essays on the Lyric Imagination, Poetry, Art and Culture (Chicago, 2015) and Ziggurat (Chicago, 2010), a collection that deals with the aftermath of 9/11. Among his other books are June-tree: New and Selected Poems 1974–2000, and The Burning Tigris: The Armenian Genocide and America’s Response, which won the 2005 Raphael Lemkin Prize. He teaches creative writing at Colgate University. (updated 10/2017)

The Pulitzer-winning collection Ozone Journal contains two poems first published in AGNI, “Near the Border” and “Slum Drummers.” The long title poem is a sequel to “A-Train / Ziggurat / Elegy,” which was first excerpted in AGNI before appearing in his earlier collection Ziggurat.