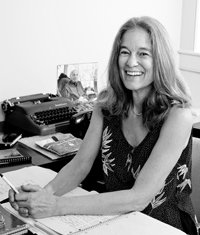 Sharon Olds is the author of twelve books of poetry, including most recently Odes (2016) and Stag’s Leap (2012), winner of the Pulitzer Prize and England’s T. S. Eliot Prize. Her other honors include the inaugural San Francisco Poetry Center Award for her first book, Satan Says (1980), and the National Book Critics Circle Award for her second, The Dead and the Living (1983). The Unswept Room (2002) was a finalist for the National Book Award and the National Book Critics Circle Award. Olds teaches in the Graduate Creative Writing Program at New York University and helped to found the NYU workshop program for residents of Goldwater Hospital on Roosevelt Island, and for veterans of Iraq and Afghanistan. Her next collection, Arias, will be published by Knopf in 2019. She lives in New York City. (updated 4/2019)