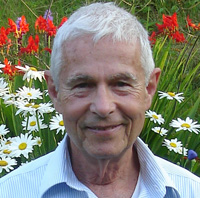 John J. Clayton is the author of Parkinson’s Blues & Other Stories of My Life (Paragon Press, 2019). His collections of fiction include Minyan: Ten Interwoven Stories (Paragon, 2016), Many Seconds into the Future (Texas Tech University Press, 2014), and Radiance: Ten Stories, which won the Ohio State University award in short fiction and was a finalist for the National Jewish Book Award. Its title story, “The Man Who Could See Radiance,” was read at Symphony Space in New York and has been aired on NPR’s Selected Shorts series. His fiction has been reprinted in The O. Henry Prize Stories, The Best American Short Stories, and_ The Pushcart Prize_. He has published four novels: Mitzvah Man (Texas Tech, 2011), Kuperman’s Fire, The Man I Never Wanted to Be, and What Are Friends For? Clayton has also written about modern fiction, including Saul Bellow: In Defense of Man and Gestures of Healing, a psychological study of modern British and American fiction. He is professor emeritus at University of Massachusetts and lives with his wife, Sharon Dunn, in Western Massachusetts and Cape Cod. www.johnjclayton.com. (updated 11/2019)

His AGNI Online story “Light at the End of the Tunnel” was named one of the Top Ten Online Stories of 2005 by storySouth.