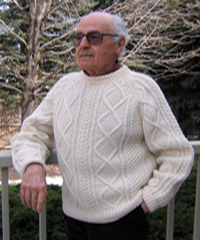 Ihab Hassan (1925–2015) was a distinguished American literary critic and writer whose career spanned the twentieth century from the New Criticism to Postmodernism and beyond. Born in Cairo, he emigrated to the United States in 1946. He was educated as an electrical engineer before moving into literature and cultural studies. His work ranges from a pioneering study of postwar American fiction, Radical Innocence, to critiques of the mavericks and giants of contemporary writing, The Dismemberment of Orpheus; from explorations of travel and quest in Selves at Risk, to perceptions of his own life’s journey, in Out of Egypt and Between the Eagle and the Sun: Traces of Japan. His The Postmodern Turn has become a classic reference on the subject.

Hassan was the author of fifteen books of essays and memoirs, and of many short stories, published in such journals as New England Review, The Antioch Review, AGNI, and Pleiades. Before his death in September 2015, he had completed a novelette and stories with Egyptian backgrounds, “The Changeling and Other Stories,” and was at work on a collection of flash fiction.