For anyone who believed that humankind had, morally speaking, emerged from the primeval slime and now walked upright on terra firma, the twentieth century was a terrible shock. Thanks to progress in (among other things) military technology and administrative practice, the production of violence, coercion, and want assumed heavy-industrial proportions. Everyone knows the main episodes: two world wars, the Armenian genocide, the Great Depression, Stalinism, Nazism, Maoism, the partition of India, the Indochina war, the Soviet-Afghan war, the Iran-Iraq war, bloodbaths in Manchuria, Indonesia, Biafra, Bangladesh, Cambodia, Central America, East Timor, Bosnia, Rwanda, Chechnya, Sierra Leone, Kurdistan. What is there to say about this catastrophic century, and who is qualified to say it?

Surely Robert Conquest is. His minor credentials include a trans-Atlantic and pan-European family background, a literary education in several languages, lengthy government service in war and peace, long friendships with Kingsley Amis, Philip Larkin, and Anthony Powell (hilariously recounted in Amis’s Memoirs), and several books of light verse, than which Amis, editor of The New Oxford Book of Light Verse, claimed to have found “nothing better or more congenial in the language.”

Conquest’s major work has been more sobering. He is perhaps the world’s leading historian of Stalinism. Among his weighty and influential books (much praised and widely reprinted in post-Communist Russia) are: The Great Terror, The Nation Killers, Kolyma: The Arctic Death Camps, Inside Stalin’s Secret Police, The Harvest of Sorrow, and nearly a dozen others. It is a body of writing that in scope, detail, and literary power ranks with Solzhenitsyn’s.

One might have expected from this supremely civilized and accomplished man, surveying so much and such intense suffering, such demonically inventive and energetic evildoing, a tone of subdued melancholy and abashed curiosity. Surely he must acknowledge some mystery, some intractable conflict of deepest human propensities, behind the century’s ravages? It can’t all simply have been wickedness and delusion, can it? And one party (the author’s party) can’t have been wise and virtuous throughout—can’t have emerged with clean hands and a clear conscience from the whole bloody epoch?

Actually, yes, in Conquest’s view. The villain of his twentieth century is Ideology. “All the major troubles the world has had in our era have been caused by people who have let politics become a mania.” Utopianism is our Black Plague. Conquest quotes the anti-rationalist political philosopher Michael Oakeshott to the effect that “the conjunction of dreaming and ruling generates tyranny.” Those who govern should not exercise too much imagination. “Totalitarianism,” according to Conquest, “can be seen as an extreme of ideological subjectivism, in which the machinery of state is primarily a means of enforcing the Ideas of the ruler or ruling group on a recalcitrant or refractory society.”

The virus of ideology is spread by intellectuals, who try to apply system, method, theory to human affairs, where such notions are out of place. The ambition to reform or restructure society is, at bottom, an ambition to push people around. A regime based on some theory will naturally be managed by professional theory-expounders, who will tend to regard resistance not as a phenomenon to be accommodated but as an error to be corrected—i.e., repressed. Marxism was the most common form of the ideological virus (social democracy and welfare-state liberalism are weaker strains), and the Soviet Union and its spawn were the leading examples of the “long, bitter, and murderous…confrontation between ideology and reality.” Nationalism is a related disease, and the combination of nationalism and socialism made for a particularly deadly plague, above all in its German form.

The opposite of an ideological (or “ideocratic”) culture is a civic culture. In a civic culture, voluntary associations flourish, localism and individual self-reliance are the norm, markets are unfettered, goods, labor, and ideas are mobile, laws are enforced and contracts observed, corruption is rare, government functions are limited, and centralized power is suspect. Experience, tradition, and continuity are the primary guides to political action, not ideas. The English-speaking countries (through historical accident and not, of course, racial superiority) are the chief repositories of this “culture of sanity.” Burke, Tocqueville, and Oakeshott are its great exponents and, in our time, Thatcher and Reagan its exemplary practitioners.

If one is determined to draw a short and simple lesson from the twentieth century, this one is plausible enough. Revolution is indeed always and everywhere a bad idea. Stability and continuity are as vital to every social organism as to every physical one. Markets work— most of the time. Bureaucracies tend to grow and perpetuate themselves. The politicization of everything is regrettable: much better— when possible—to persuade or shame others than to sue them. Intellectuals (left-wing ones, that is) are feckless, unworldly, resentful, and power-hungry. People who shout (or write) slogans should be politely ignored. This much of neoconservatism cannot be gainsaid.

But this is not enough for most neoconservatives, and it is nowhere near enough for Conquest. What ought to have been a somber meditation turns out to be an angry fulmination. Rather than gentle counsels of restraint we get urgent warnings against attempting much of anything. Instead of nuanced musings about the limitations of human wisdom we get scoffing rejection of the very possibility of understanding social structure and dynamics. Reflections on a Ravaged Century is less a philosophical reflection on the human prospect and retrospect than a Tory/Republican harangue.

Nowhere is this indiscriminate partisanship more misleading than on the subject of Marxism. Conquest has no use for it whatever—it has been falsified in theory, and in practice it leads straight to the Gulag. But the latter claim is simply untrue. As another historian puts it, there was “no inherent connection between the philosophy Marx developed in Berlin, Paris, Cologne, and London and the economic-political apparatus imposed upon Russia and China by revolutionary leaders primarily motivated by a resolve to seize and entrench themselves in power.” Leaders, one should add (and as Conquest acknowledges), themselves steeped in the despotic traditions of those unhappy countries.

The former claim is more complexly untrue. Conquest writes that “by the end of the nineteenth century, the Marxist predictions of a capitalist failure to expand production, of a fall in the rate of profit, a decrease in wages, of increasing proletarian impoverishment, and the resulting approach of revolutionary crisis in the industrial countries had all proved false.” Case closed. But Marx did not predict that all or any of these things would occur to some precise degree by some precise date. They all certainly did occur, in one form or another and to one degree or another, throughout the nineteenth century and again throughout the twentieth. Whether Marx’s explanation for them is at all plausible is a question for a more dispassionate judge than Conquest. What is not in doubt, though, is that Marx’s identification of the main historical tendencies of our era—the concentration of capital within and then across industries; the dwindling importance of the entrepreneur, the artisan, the small farmer, the shopkeeper, and all other instances of economic self-sufficiency; the encroachment of market relations and market logic on family life, social life, culture, and the professions; the erosion of local identities, traditions, and allegiances through the irresistible penetration of the world economy—places him among the greatest modern thinkers.

But never mind Marx. He was a genius, but even so Marxism may well prove a gigantic dead end. What is hardest to forgive Conquest, and what undermines his book’s moral seriousness, is his unwillingness to play fair with the revolutionary and utopian impulses—to admit that they might have any sources except a lust for domination. That lust, it is true, eventually corrupts the most generous impulses. But what gives rise to such impulses is the fact that in (nearly) all times and places, the rich grind the faces of the poor. It may be a delusion, as Conquest repeats endlessly, to imagine that state power can ever create a just society. But one reason some people are perennially tempted to try is that private power is generally so comfortable with unjust ones.

Even the “civic,” English-speaking cultures have been usefully leavened by ideology-driven agitators and unruly masses, without whose pressure the progressive income tax, universal suffrage, labor unions, the New Deal, and other moderate and pragmatic reforms might still be opposed as “premature” and “imprudent” by propertied conservative gentlemen. Conquest has scarcely a good word to say for these or any other liberal measures. His silence on this score is loud enough to make one wonder whether any democratic collective action (except self-defense against totalitarian enemies) would qualify for him as benign. If not, then he should not be surprised if the young and the disadvantaged mumble approvingly when rash intellectuals preach revolution at them.

In effect, Conquest is denying that the twentieth century was tragic. A tragedy cannot be merely sordid or merely contingent. Someone or something noble must come to grief, and his (its) essential qualities must contribute to this downfall. Conquest’s century resembles instead a tale told by an idiot—a vast misfortune or a vast crime, but not the ruin of an honorable impulse and an inspiring vision. As the preeminent chronicler of twentieth-century barbarism, Conquest will (let us hope) be read forever. But we are still awaiting its interpreter. 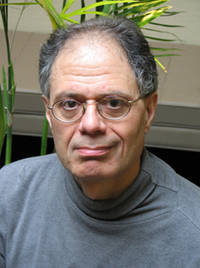 George Scialabba, a contributing editor of AGNI, is the author of six essay collections: Slouching toward Utopia (2018), Low Dishonest Decades: Essays and Reviews 2980–2015 (2016), For the Republic (2013), The Modern Predicament (2011), and What Are Intellectuals Good For?_ (2009), all from Pressed Wafer, and The Divided Mind _(2006) from Arrowsmith Press. James Wood chose The Modern Predicament for The New Yorker’s roundup of the best books of the year. Scialabba is also a past winner of the Nona Balakian Excellence in Reviewing award from the National Book Critics Circle. His work is archived at georgescialabba.net. (updated 10/2018)

Scialabba’s What Are Intellectuals Good For? was reviewed in AGNI Online by Mark Oppenheimer.