Other People by Peter Campion. 64 pgs. University of Chicago Press, 2005.

What’s the right approach to writing about work by friends, colleagues, former students? Admiration is at the root of friendship, after all, and the historic precedents are many. (But not all those precedents are admirable. It is queasy to learn that the young Ezra Pound set up Harriet Monroe to establish a poetry prize to be judged by Yeats, so that Pound could induce Yeats to give the prize to . . . Ezra Pound.)

Full disclosure seems a good principle, and these musings reflect my wanting to write something about Peter Campion’s first book of poetry, Other People. Peter was my student, and the University of Chicago Press prints my blurb on the back cover.

Blurbs from senior poets, and brief introductions to the winning book when they have judged a contest, are perhaps more common that actual, sustained attention. Partly to prod myself in that regard, but mainly because the poems are so wonderful, I want to quote a couple of poems that demonstrate how distinguished and distinctive the book is. Here is the title poem:

In the dream where the dead return but never speak
they sauntered up the lawn: my mother’s father
and Ned Gillette, who was shot in the robbery.

Maple branches twisting between the houses
scattered sun on their skin. And it didn’t feel
like an afterlife: bathed in silver shade

and tennis shirts, they were just two other people
with those stippled faces mere will had not remembered.
Mussed bangs. The little lines on their lips.

With kindness, and no need of me, they stared
from the edge of an element so complete
that sunrise, when bird cries from the roof

shattered the airshaft, was catastrophe.
Then minutes afterwards, I was standing
pulling the chalky paste across my teeth.

As I say in that blurb, Campion’s ghosts are characteristically mysterious yet mundane, familiar yet—other. I like the way the writing reflects that doubleness: for example, the rich sound of “bathed in silver shade” with the ordinariness of “tennis shirts.” In a similar nuanced contrast, the musing, inward sentence fragments of “Mussed bangs. The little lines on their lips” precede the more outward, complicated sentence that goes from “kindness” to “catastrophe.” Then the daring final image, the matter-of-fact toothbrush work omitted from all other poems about dreams I can recall.

Closeness of the uncanny to the quotidian is Peter Campion’s kind of material. In another poem, it is the closeness of the elemental to the personal, the energies of myth, machinery and human emotion overlapping:

The literal and figurative fire, and kinds of fire, make themselves felt in an exhilarating, animated conjunction of wit and feeling, eloquence and discovery.

Robert Pinsky, former poet laureate of the United States, is a professor of English and Creative Writing at Boston University. The originator of the Favorite Poem Project, he is also a member of AGNI‘s Advisory Board and poetry editor of Slate magazine. (3/2006) 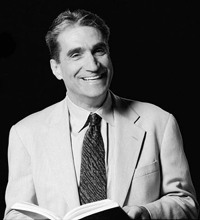 Robert Pinsky, the author of the new memoir Jersey Breaks: Becoming an American Poet (W.W. Norton, 2022), served as poet laureate of the United States from 1997 to 2000. During his tenure he created the Favorite Poem Project to document, promote, and celebrate poetry’s place in American culture. In addition to three anthologies co-edited by Pinsky, Americans’ Favorite Poems, Poems to Read, and An Invitation to Poetry, the project has produced fifty short documentaries showcasing Americans reading and speaking about poems they love.

He has published nine collections of his own poetry, most recently At the Foundling Hospital (2016) and Selected Poems (2011), both from Farrar, Straus & Giroux. The Figured Wheel: New and Collected Poems 1966-1996 was a finalist for the Pulitzer Prize and received both the Lenore Marshall Award and the Ambassador Book Award of the English Speaking Union. His other awards include the Shelley Memorial Award, the William Carlos Williams Prize, the PEN/Voelcker Award, the Korean Manhae Award, and the Los Angeles Times Book Award, as well as the Howard Morton Landon Translation Prize for his bestselling verse translation of The Inferno of Dante. Among his other prose works are The Sounds of Poetry: A Brief Guide and Thousands of Broadways: Dreams and Nightmares of the American Small Town. Poemjazz, his CD with pianist Laurence Hobgood, is available from Circumstantial Productions.