Literary translation is a form of writing with extreme constraints. As rigorous as the composition of a sonnet or sestina, it requires not only a deep understanding of how style is created, but also the ability to write in many different styles; not only a sophisticated mastery of tone and nuance, but a sense of the direction in which a particular word choice will nudge a sentence; not only a profound familiarity with the cultural context in which a given original is written, but the ingenuity to make it come alive in another tongue.

There is a sleight of hand inherent in all artistic translation, an ability to intuit the way Bolaño or Krasznahorkai would sound if they wrote in English, which among other things means taking into account all the literary and artistic innovations that distinguish their writing within the Spanish-language and Hungarian traditions. Translation means pushing the boundaries of English to accord with the ways authors push the boundaries of whatever language they write in, even or especially when the innovations have arisen organically within a specific linguistic context.

Translation also offers writers a way to expand their horizons with regard to what is sayable—thinkable—in English. Young writers attempting their first translations are forced to confront the limits of their own sensibilities and skill, an inspiration and invitation to experiment and grow. Many who grew up bilingual are dismayed to discover that translation does not come naturally to them. Others whose foreign-language skills are spotty discover that they have a powerful natural ability to intuit the essence of a foreign author’s sentences. Like other forms of writing, translation is mastered through a combination of talent and discipline.

The joy of translation—and this, I think, is why so many writers are captivated by this art—is that years of practice make it possible to grasp a sentence paradoxically as something liberated from language, as a set of impulses, rhythms, patterns and sounds that can be abstracted from the written words which embody it in its original language. The translator studies a phrase, turning it over and over, and then in a sort of alchemy lifts it out of language to be suspended briefly in the translator’s mind before being wrapped in new words that fit so perfectly they seem organically conjoined with what the text is “saying.” Walter Benjamin wrote of the difference between originals and translations as that between the skin of a fruit and royal robes draped around it in loose, graceful folds. In translation practiced at the highest level of the art, the robe encases the orange as snugly as any peel. 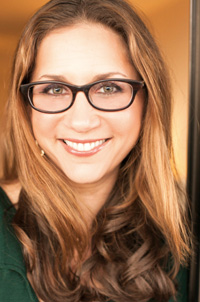 Susan Bernofsky’s literary translations include eight works of fiction by the great Swiss-German modernist Robert Walser, as well as novels and poetry by Franz Kafka, Hermann Hesse, Yoko Tawada, Jenny Erpenbeck, Uljana Wolf, and others. She directs the program in literary translation in the Columbia School of the Arts MFA Writing Program and is co-editor (with Esther Allen) of the 2013 Columbia University Press anthology In Translation: Translators on Their Work and What It Means. A 2014 Guggenheim Fellow, she received the 2015 Independent Foreign Fiction Prize, the Ungar Award for Literary Translation, the Schlegel-Tieck Prize, and the Oxford-Weidenfeld Translation Prize for her translation of The End of Days by Jenny Erpenbeck. She blogs at Translationista and is currently writing a biography of Robert Walser. (updated 4/2017)