This essay introduces “Futures: An AGNI Portfolio of Work in Translation.”

The skies are pierced
by the eyes of telescopes
and the anxiety of mobile phones.
We haven’t yet found dumps for the inherited
garbage of crashed satellites, but we persistently
scout the relationships of binary stars
and pry into who goes into gravitational holes
to fertilize the universe.
—Tzveta Sofronieva, “More Future”

In 2019, when we started to envision coediting a translation portfolio, Jennifer had just wrapped up editing Tzveta Sofronieva’s Multiverse: New and Selected Poems, originally written in German, Bulgarian, and English, and Shuchi was judging the National Book Award in Translated Literature. While we were considering topics, AGNI’s ninetieth issue came to print and we both read Sven Birkerts’s introductory essay, “I Write This as the Amazon Burns.” Our work together had found its focus. Birkerts writes, “Even the merely dire (what an expression!) is a prospect to be grieved. So many things will no longer exist, either at all or as we knew them. But how intensely will we mourn?…The prospect of collaboration is one sliver of light, but how much will that avail?” With this portfolio, we begin to ponder his questions and our own.

As coeditors, we chose to write this introduction together in the first person plural; but to do so, we needed to break apart our “sliver of light,” the “we” of our collaboration, to understand why we took translated literature as our project. Our lives and commitments have always been rich with languages beyond English. We are diasporic women living in the United States with families in Germany, India, and the Republic of Korea; and looking at our contexts as a shared experience, we embody its peculiarities in ways that diverge as well as converge:

We bring to our editorial process a connection to language that is matrilineal, that thrives in the porous space between languages, and embraces invention. Literary translation, as a formal mode, presents the works’ reinvention as fully formed, but it arises from a similar process, one that requires breaking language and approaching its shards with astonishment and humility. Translation asks us as readers to confront the way a language shapes, and can distort, what we know and don’t know. To ponder the future, we must similarly confront the limits of U.S. American experience.

But translation into English, crucial to colonial projects and the global extension of hegemonies, is not a neutral act; nor is there a universal English. As we’ve read, we’ve tried to stay alert to how our experiences affect the way we read. To be able to work with rhythms and meanings carried over from languages we don’t know, we had to listen in layers for the selvages and seams, to detect the denotative and connotative joining of the two languages. We were most drawn to work that refused the old claims of neutrality and universalism and compelled us to deepen our capacities as readers of translated literature.

Of course, we could not have foreseen 2020’s Doomsday on the horizon—a pandemic that, at the moment of our writing, has claimed the lives of 4.6 million people and infected 223 million worldwide. While the delta variant of SARS-CoV-2 mutates into lambda, mu, nu, intensifying storms have followed their own alphabet— Ana, Bill, Claudette, Danny, Elsa, Fred, Grace. During a time of profound anxiety and uncertainty, our concept of “Futures” felt overrun by the urgencies of the present. But translators and writers responded to our call with works of witness, history, kinship, and imagination. The future as decolonial, as nonhuman, as exile, as womxn, as queer, no future without memory, no future without infection, and—perhaps the only image not bound by time—the future as impossible to render.

What holds the following pieces together is their demand that we, as English-language readers, revisit the past with a 21st-century consciousness, ponder patterns, and widen the capacity of our senses even while shorelines erode and sea levels rise, even as algorithms present worlds to us mined and manufactured from our own data. In this warping, we blink on and off as nodes on a socially networked grid. Cellphones demand and silo our attention; shared reality becomes fraught. We degenerate into habits of click and like just to feel connected. And we consume. We consume ourselves in this new capitalism.

To describe this scene is to name a present churning with past discontents and the detritus of failed systems. Perhaps that is why so many pieces in our portfolio refuse an empiricism, rooted in the European Enlightenment, that presumes a human superiority characterized by the power to observe, name, catalogue, and display natural phenomena. Instead, the writers here hint at the limits of human knowing and lean into the subjective, the animal, the subterranean, and the communal. These pieces amplify feminist and indigenous desire and memory. They grieve with the natural world. Though they were sent to us with a future in mind, you’ll rarely see one evoked here. We consider them notes toward—the intensity of their listening a summons, their provocations reminders that no future is certain or secure.

The translator widens the writer’s craft toward the timeless. You the reader, in a distant place they only imagined, activate their words. John Berger writes, “Time was death’s agent and one of life’s constituents. But the timeless—that which death could not destroy—was another. All cyclic views of time held these constituents together: the wheel turning and the ground on which it turned.” We invite you to “Futures”—the circuits of that ever-turning wheel on moving ground, and part of our human duty to imagine ourselves beyond ourselves. 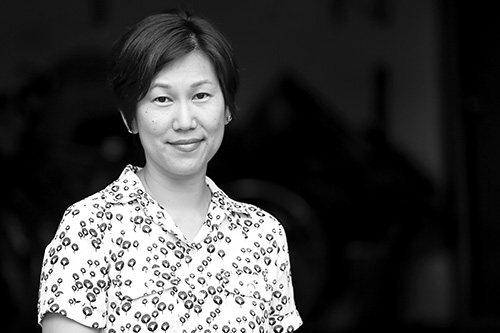 Jennifer Kwon Dobbs is senior poetry editor of AGNI and has been part of the editorial team since 2019. Born in Wonju, Republic of Korea, she is the author of Interrogation Room (White Pine Press, 2018); Paper Pavilion (White Pine, 2007), winner of the White Pine Press Poetry Prize; and the chapbooks Notes from a Missing Person (Essay Press, 2015) and Necro Citizens (German/English edition, hochroth Verlag, 2019). Interrogation Room received mention in The New York Times, was praised by World Literature Today for “a vigorous restlessness,” and won the Association of Asian American Studies Award in Creative Writing: Poetry. She also co-translates Sami poetry with poet-scholar Johanna Domokos, and their translation of Niillas Holmberg’s Juolgevuođđu is forthcoming as Underfoot in spring 2022 from White Pine Press. Kwon Dobbs has received grants and awards for her writing, most recently a Jerome Hill Artists Fellowship and a Minnesota State Arts Board Artist Initiative Grant, and published work in Crazyhorse, jubilat, AGNI, The Massachusetts Review, Poetry International, and elsewhere. She is professor of creative writing at St. Olaf College, where she directs Race and Ethnic Studies, and is visiting faculty at Universität Bielefeld. (updated 5/2022)

Jennifer Kwon Dobbs is the editor, with Shuchi Saraswat, of “Futures: An AGNI Portfolio of Work in Translation.” 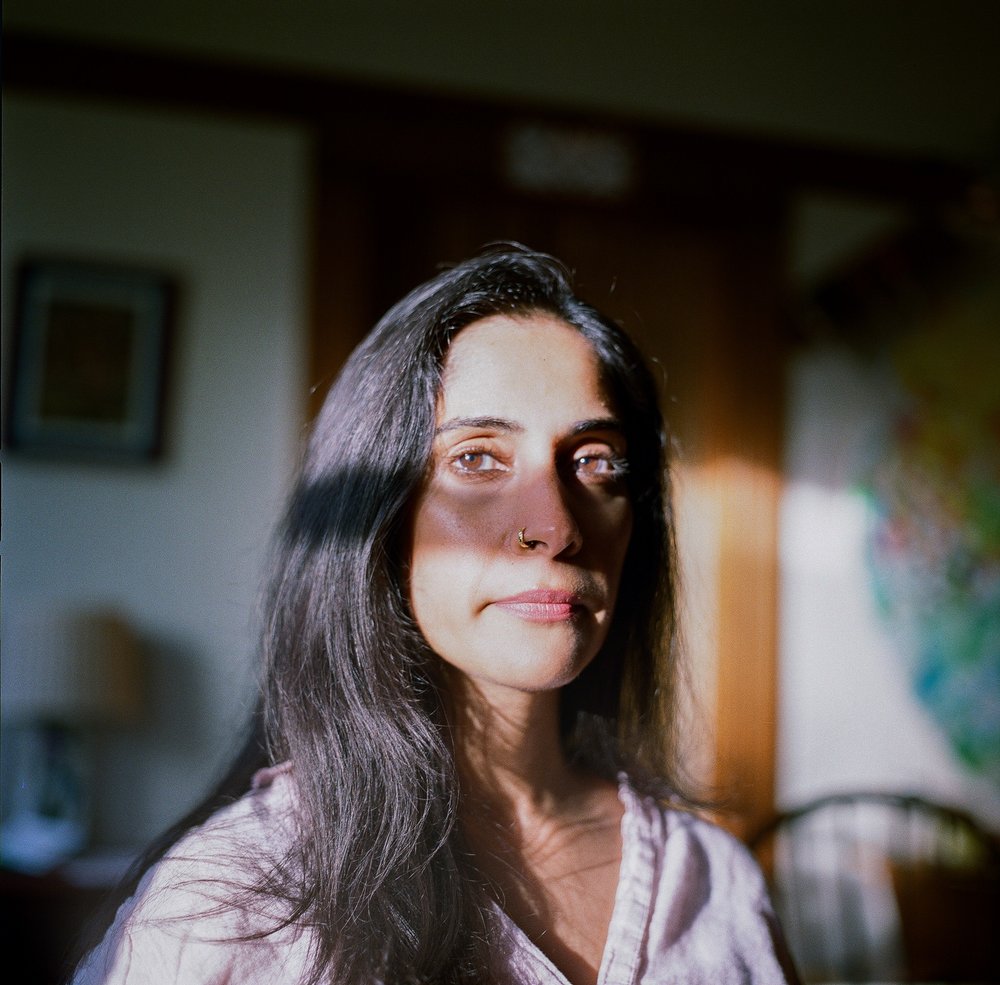 Shuchi Saraswat is associate editor and nonfiction editor of AGNI and has been part of the editorial team since 2019. Her literary criticism and essays have appeared in The Boston Globe, The Boston Art Review, Women’s Review of Books, Literary Hub: Bookmarks, Arrowsmith, Ecotone, the Ploughshares blog, the Tin House blog, and elsewhere. She has received scholarships from Djerassi Resident Artists Program, Writers Omi at Ledig House, The Writers’ Room of Boston, Tin House Summer Writers’ Workshop, and Bread Loaf Writers’ Conference. She founded the Transnational Literature Series at Brookline Booksmith, a reading series focused on themes of migration, and in 2019 served as a judge for the National Book Award in Translated Literature. She holds an MFA in creative writing from Emerson College and lives in Boston. (updated 4/2022)

Shuchi Saraswat is the editor, with Jennifer Kwon Dobbs, of “Futures: An AGNI Portfolio of Work in Translation.”