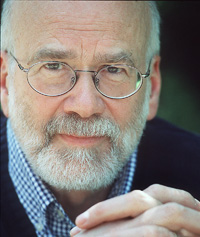 Wesley McNair is the author of nine poetry collections. His most recent book is the memoir The Words I Chose (Carnegie Mellon, 2012). He has received fellowships from the Rockefeller, Fulbright, and Guggenheim Foundations, and countless other honors, including the Robert Frost Prize; the Jane Kenyon Award for Outstanding Book of Poetry (for Fire); the Eunice Teitjens Prize from Poetry magazine; the Sarah Josepha Hale Medal (also awarded to Robert Frost, Donald Hall, Maxine Kumin, Robert Lowell, May Sarton, Arthur Miller, Richard Wilbur, et. al.) for his “distinguished contribution to the world of letters;” and two honorary doctoral degrees for literary distinction. McNair has served three times on the nominating jury for the Pulitzer Prize in poetry. Featured on Garrison Keillor’s Writer’s Almanac and National Public Radio’s Weekend Edition, his work has appeared in the Pushcart Prize Annual, two editions of The Best American Poetry, and over fifty anthologies and textbooks. Among the magazines that have published his work: AGNI, AGNI Online, The Atlantic Monthly, The Gettysburg Review, Poetry, The Southern Review, and Virginia Quarterly Review. McNair recently retired from the University of Maine at Farmington, where he directed the creative writing program. He was recently selected for a United States Artist Fellowship as one of America’s “finest living artists.” (updated 10/2012)