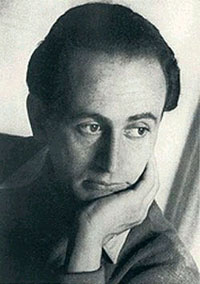 Paul Celan (1920–1970) was one of the twentieth century’s greatest German-language poets. He was born to Jewish parents in Czernowitz, then part of Romania. He lost his parents to the Nazi genocide and was himself a survivor of a forced-labor camp. After brief periods in postwar Bucharest and Vienna, he settled in Paris, where, alongside his work as a poet, he taught German at the École Normale Supérieure and translated from many languages. He died of suicide.