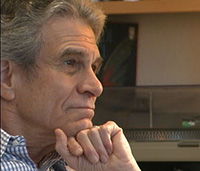 Leslie Epstein is the author of ten novels, including King of the Jews (republished by Other Press, 2004), The Eighth Wonder of the World (Other, 2006), and Liebestod (W. W. Norton & Co., 2012). In February of 2007, his stage adaptation of King of the Jews was produced by the Huntington Theatre Company in Boston, and again at the Olney Theatre in Maryland. For over thirty years he directed the Creative Writing Program at Boston University. He continues to teach fiction in the program and is a member of AGNI’s Advisory Board. (updated 5/2018)