in simple bunks not unlike barracks
& every morning he must trudge

paper toweling until his gums bleed
or half the Happy Birthday song.

now & again so he can see the light
still exists inside them both. I won’t

but refuse to name it until I know
if it’s not alone. Cryptic Crop Circle.

Solar System in Bald. He wants me
to believe he met Jesus in Memphis

after his car went dead & he forgot
& forgot & forgot to feed his dog.

He has provided temporary refuge
from rain & rape, he says, but why

shouldn’t we be each other’s cover.
Why not disguise the facts, adopt

new identities, have each other’s
backs. He promises to aim his gun

at anyone who tries to harm a hair
on my pretty little head. He can pet 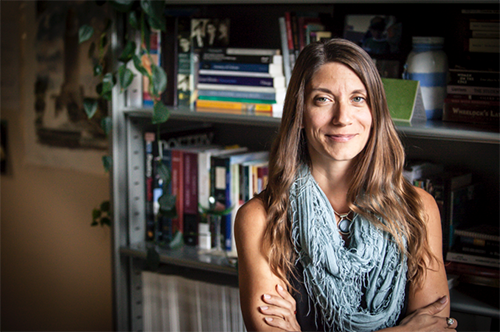 Lisa Fay Coutley is the author of tether (Black Lawrence Press, forthcoming 2020), Errata (Southern Illinois University, 2015), and In the Carnival of Breathing (Black Lawrence, 2011). Recent work appears in Narrative, AGNI, The Los Angeles Review, and 32 Poems. She is the recipient of an NEA Fellowship and is assistant professor of poetry in the Writer’s Workshop at the University of Nebraska Omaha. (updated 11/2018)