A group of us sat talking softly at a restaurant. On each table was a lamp with a shirred shade and a little candle whose flame flicked away from whoever was speaking.

The topic was our defeat: how close it was, almost accidental, like bleeding in a dream, like stammering in a victory speech, a stumble on the steps to the podium.

What else brought us together, that first winter, when our city seemed so empty? How strange it felt, like childhood. Arbitrary was the word we passed between us like a token; when it came back from another’s lips, it felt charged with power.

How often in our lives our country had seemed to slip into a trance—the election in which the votes were deliberately not counted; the assassination after which a dozen witnesses died mysteriously; the hostages returning for the inauguration; the terrorist appearing on the screen in the first days of November and speaking fluently, rationally, with that sleepy smile of inextinguishable hatred, hatred deep and knowing as love.

The workers abandoned us, said Polin. No, said Escher, that’s just what the Times says. Clinton still won union households. Grommet said, Why didn’t she go to Wisconsin in the last days? Shake hands at daycare centers and assembly lines?

Always we spoke of the secret police, the Director’s letter, and each time we mentioned it we felt a pang of betrayal. We released a toxin by voicing the blatant outrage. When a listener nodded, we thrilled to a betrayal subtle as fine wine: is Justine as deep in dread as I am? Is Eric complacent in his anguish? Did a private presentiment come to fruition? Each of us flinched: Do I belong here? Are these my allies?

We’d lived all our lives in the lap of a disaster that never happened, or that took place in slow motion, reported from a distant starving country or another part of our vast city. We loved each other.

Rudin was leaning back in his chair, dangerously far—She won! She won by three million votes! And suddenly the sirens in the street were louder, louder, a shadow ran out of the kitchen, a knife in each hand, voices rose and broke, we stumbled out—old lovers, old friends—into the wet slap of night air, and the wall of cops stopped us.

Stay where you are. Keep moving. This doesn’t concern you. Behind the batons a broken blue light circled. It seemed to throb and flash from several directions at once.

Stand your ground? Keep walking? For a long moment we wavered there.

In front of us the red lights of the ambulance, suddenly dwindling, the handcuffed man, the crowd strangely jubilant, dispersing reluctantly, the cops barking orders and meeting no one’s eye.

Behind us the cozy banquet room, the candles beginning to gutter and smoke, the malbec poured so generously, the unpaid bill.

But when we turned to reclaim our places, the waiter was setting the chairs upside down, his face gray with fatigue, your wallet was missing, and the oval mirror seemed to come alive: adamant tremor of midnight snow. 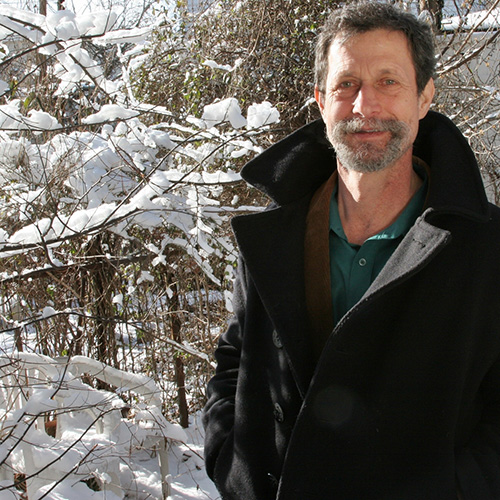