In Babylon they say that certain fish burrow to conserve moisture when the river dries up. Then they come to the surface to feed. They walk on their fins. They move their tails in gestures of greeting and farewell. All this is said. When they are chased, they escape; but they always turn to look their pursuer in the eye for one second before diving down again.

In Nuevo Laredo, around the table of a cantina, amid the sound of clinking glasses, they say that despite appearances they are not dolphins or manta rays or tiny fish. They say they are men. Flesh of their flesh. Bone.

In Amecameca, standing before the facade of an old insane asylum brought from far away, brick by brick, piece by piece, they say that it was once possible to look out through those windows on all the ocean’s splendor, its infinite downcast presence, the intensity across which it is possible to imagine the most serene distances.

There is a marvel on the frozen trails of Siberia. They say that someone by the name of Fyodor once said the men from Esc are real.

In Cyrene they say that the bees don’t have a voice and that their honey will scald your tongue.

They say that on the rim of a very tall volcano, there where Juan Rulfo once lit a pipe, the lack of breath is a complaint that is very real and very broad and very nevertheless.

In the haunted parks they say—and this while a butterfly emerges from the palm of a hand and an old man swears he is standing up because he needs to save two of their lives—that the men from Esc light little bonfires on bright white plates. They say that they are pyromaniacs and romantics and that nothing can or should be done about it.

On the Electrides Islands, which are in the Adriatic Sea, they say there are two statues, one made of tin, the other of copper, dedicated to someone or something.

Some say on Coal Oil Point that the hardest thing is picking up the oar and thrusting it against the surface of the water and sinking it there, again and again, again and again, as if it were a body from which the entrails must be removed.

In Oxnard they say that the men’s voices turn off.

In Pontus they say that in summer some birds hide in the holes of certain trunks and, while tucked there, don’t feel it when their wings are ripped off, but that they do react to the heat of the fire when placed on spits.

In Montecito they say that they have seen them come out in the mornings—the sun on their foreheads, the oars in their hands, the bees around their shoulders—and that they do have legs and arms and necks.

There is another marvel among the inhabitants of Coal Oil Point. They say that when the fog comes in before four in the afternoon, especially if it has a yellow or pink tint, the egrets don’t fly but levitate above the motionless waters of the estuary. They say the men from Esc watch them, exhausted.

Those who look at the sky say that when they see the fourteen mythical pelicans that come from Far Away, something will happen in Tirrenia or in Matamoros or in Mexico City.

The dying man who lies on the Reynosa sidewalk says there is a place that corresponds to the name Esc and that the men from Esc walk or slide or are pulled along the gray-blue surface of the ocean. He says he remembers, or believes he remembers, the story of a man who also walked on water.

In Cyprus they say the rats eat iron and that the men from Esc will indubitably survive the winter.

In Armenia they say that there is a place called Esc and that its men chew tobacco and spit on plants that feel and desire and enjoy and suffer.

There is something marvelous, too, among the inhabitants of Yasnaya Polyana. They say that nothing keeps them from thinking about time like the deed of a considerable farm named, let us say, Yasnaya Polyana. They say that the time after 5:30 in the afternoon is nothing more than a parcel within that farm, of which some, for reasons that are unknown or not relevant or do not bother anyone, have taken possession.

In St. Petersburg they say that some of them, especially on the days after the solstice, insistently wonder: So this is what it feels like to be a summer house?

They say in Esc that the men from Esc row, nevertheless.

[based loosely on “On Marvelous Things Heard,” attributed to Aristotle, in Minor Works, English translation by W. S. Hett, M.A., 1936] 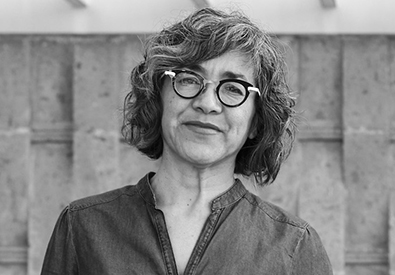 Cristina Rivera Garza is the author of over fifteen works of fiction, nonfiction, poetry, and criticism, including most recently El invencible Verano de Liliana (Random House, 2021), Autobiografía del algodón (Random House, 2020), and Grieving: Dispatches from a Wounded Country, translated by Sarah Booker (The Feminist Press, 2020), which was longlisted for the National Book Critics Circle Award. One of the most important voices in contemporary Mexican literature, she is Distinguished Professor of Hispanic Studies and founder of the PhD Program in Creative Writing in Spanish at the University of Houston, and a 2020 MacArthur Fellow. (updated 10/2021) 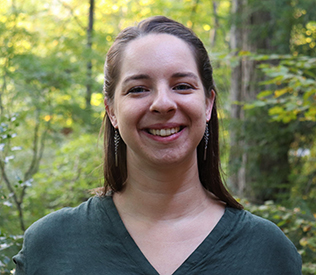 Sarah Booker is the translator of Mónica Ojeda’s Jawbone (Coffee House Press, 2021) and two books by Cristina Rivera Garza: The Iliac Crest (Feminist Press, 2017; And Other Stories, 2018) and Grieving: Dispatches from a Wounded Country (Feminist Press, 2020). Her translations from Spanish have also been published in such journals as The Paris Review, Asymptote, AGNI, Latin American Literature Today, and 3:AM Magazine. She is a doctoral candidate at the University of North Carolina at Chapel Hill with a focus on contemporary Latin American narrative and translation studies. (updated 10/2021)
Read more about this translator
Share on Facebook
Share on Twitter
Print page
Follow AGNI on Twitter Follow AGNI on Facebook
Back to top