Translated from the Italian by Elizabeth Harris

Elizabeth Harris teaches creative writing at the University of North Dakota. Her fiction and excerpts of her translation of Mario Rigoni Stern’s Le stagioni di Giacomo appear in journals like Northwest Review, Denver Quarterly, Other Voices, and Alaska Quarterly Review. Her translations of Giulio Mozzi’s stories appear or are forthcoming in The Literary Review and The Missouri Review. (9/2007) 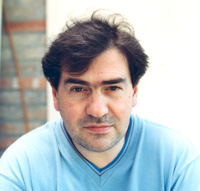 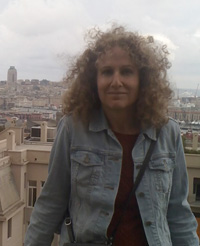 Elizabeth Harris has translated fiction by Mario Rigoni Stern, Fabio Stassi, and Marco Candida, among others. Her translation of Giulio Mozzi’s story collection Questo è il giardino (This Is the Garden) will be published by Open Letter Books in 2014; the individual stories have appeared in The Literary Review, The Missouri Review, The Kenyon Review, AGNI, Words Without Borders, and elsewhere. Her translation of Mozzi’s “Carlo Doesn’t Know How to Read” appears in Dalkey Archive’s annual anthology Best European Fiction 2010, and her translation of an excerpt of Candida’s Dream Diary appears in Best European Fiction 2011. She teaches creative writing at the University of North Dakota. (updated 4/2013)
Read more about this translator
Share on Facebook
Share on Twitter
Print page
Follow AGNI on Twitter Follow AGNI on Facebook
Back to top