Looking at photographs of Stephen Dixon in his obituaries, I don’t recognize the man. He and I never met. I never searched for his image online. But there’s a more visceral reason for a double take: the person I see doesn’t match the Stephen Dixon of my imagination. He became, over years of exchanges, something like a favorite novel character, a person I encountered exclusively in words. Now it’s as if some director has put that novel on the big screen: my imagination is reluctant to give up its hold.

For five years, Dixon regularly sent manila envelopes to us in the AGNI basement. I have one of them on my lap now. Each contained a handwritten note—he had Parkinson’s, and progressively the handwriting got worse—along with short stories, often three at a time, in typescript. If we accepted one, we’d have to retype it. The way things used to be done.

I doubt that anyone, aside from our founder, has published in AGNI over a longer period. It’s forty-three years since “The Tellers” came out in AGNI 5/6, and Dixon’s newest story, “Tomorrow”—the last to be released during his lifetime—didn’t have time to reach his mailbox before he died on November 6. In 1976, “The Tellers.” Then in 1991, “The Killing.” In 2015, his relationship to AGNI shifted. He was at home in Baltimore, largely confined there, writing story after story. His wife lost to multiple sclerosis. His own health was failing. And most publishers—as he told it—had stopped considering his work. So along came those envelopes, in frequent succession.

In “Haven’t a Clue,” which we published that spring, two people—husband and wife, lovers, partners—have an intimate exchange. The woman encourages the man. The man, feeling his age, wants to give up and die. It’s a story in dialogue, and only gradually do we realize the conversation is happening entirely in the man’s thoughts. His wife is dead. He wants to persuade her, or his memory of her, that his days are too empty to warrant going on, even as her voice in his head lovingly bolsters him.

Dixon wrote to us again in October of that year. He’d finished another collection and was sending its concluding story. “If you don’t want it, could you please return it in the SASE enc? The copycenter I go to—the nearest—is a schlep from my house, and the machines are often not working. I know. I should convert to computer. But what can I tell you?” A novella was scheduled to come out early the next year, also a novel. “I’ve been busy.”

That story, “Mornings and Evenings,” is substantially quieter than the last. Nothing happens in it. Yet Dixon was able to shape a narrative out of nearly anything, to find story everywhere. So much nothing happens in “Mornings and Evenings,” and in such a way, that the occasion of its happening becomes significant. It is, at the low amplitude he’d trained us to appreciate, gripping.

“So many things to do in the morning,” it begins. “Get out of bed. It’s almost always a struggle.” He was a master at what the theoreticians once called narrative desire. He was, still, writing page-turners, using the stuff of disease and old age. “Lower back hurts and it’s difficult sitting up on the edge of the bed and then standing without tottering or falling. Sometimes I fall back on the bed into a sitting position and then try standing again and again till I’m up.” Reading, we felt as though we were with this character, rooting for him, lonely with him, sharing his company, the story coaxing us to a powerful empathy that then shifted to sympathy as we recognized our own stumbling, as if “Mornings and Evenings” were that lost spouse talking in our minds, acknowledging things we don’t discuss in public.

By now Dixon’s stories were appearing in every second issue, so when another envelope arrived in 2016 containing three more, we felt we should say no. We expected to. And two of the stories even played along. They were good—accomplished. But not essential. Then came the third in the batch: “The Kiss.”

Outside a grocery store, a man and a woman, his former student, meet. Time has passed—he is old now. They talk, then the woman goes in to shop after first kissing him on the lips. That kiss lingers. Not for the usual reason: this isn’t simply a man seeing, or thinking he sees, an opportunity. This is a man who hasn’t felt the intimate touch of a woman since his wife’s death years earlier, and the kiss—so unexpectedly on the lips—breaks open a memory-hoard. He sits with it, still in the car in the grocery store parking lot, categorizing kisses, carbon-dating kisses, analyzing the different shadings and histories. He has refused several dinner invitations from this same woman—he and his wife used to socialize with her and her husband, and joining them by himself, it seems, does nothing more than remind him of the loss. At this point, the woman approaches his car again. Why is he still here? she asks. Just thinking. Don’t refuse my invitation! And they blow each other a final kiss. Inside him, the earlier moment is still blooming, reviving every kiss he shared with his wife, every conversation about their kisses, until finally he’s with her again. She is not lost, he is not without touch, she’s recalling their very best one, and he’s remembering it in exactly the same way.

Dixon wrote to me around then: “My fingers don’t work as well as they used to, and when I make errors, my eyes, which seem to be going, don’t catch the mistakes the fingers make.”

In 2017, another envelope, more stories. Easy, it would be, we thought, to turn them down. In his letters Dixon started apologizing for sending too often, we should simply mail the stories back. And, respectfully, lovingly, that’s exactly what we intended to do.

This time the hurdle was a quietly audacious one called “His Happiest Day Ever.” We’re no longer in the territory of old age: this story takes place in the intimacy of a marriage and hazards the unlikely premise of near-perfect happiness. The day in question may be, the narrator thinks, the best of his life. As the couple lives it, they work to accept each other’s assurances, they set aside money worries and let unrequited wishes drop, and we feel how much the possibility for happiness comes from a tempering of expectations, a tolerance for imperfection, and a care that sometimes amounts to second-guessing and retreat.

“Do I have a story coming out in AGNI or did I just dream I do?” he emailed. “I’m serious. I’m a serious dreamer.”

My favorite from this period is “Mora.” It arrived last year, 2018; we’d given up thinking we could ever reject an entire batch. “I love this story,” Dixon wrote after checking the proofs, his only moment of immodesty. “I didn’t know how much till I just read it. And it’s all in his head—the he’ll say and she’ll say. It sometimes takes me time to appreciate what I’ve done. That’s how I write. Always trying without trying to make it new.” A man lies in bed, the phone rings, and without picking up, he enters into a dialogue with his ex, who is at the local airport just briefly with her current beau, a documentary filmmaker whose latest project centers on her—the unfaded glory of her!—and who hopes to interview him, right now, tonight, the now-infirm narrator, who can’t do it, can’t go, and doesn’t pick up.

“You’ve been patient with me and swell,” Dixon wrote.

The intimacy of his notes and the details of his stories had me picturing a typewriter on a kitchen table, a man who’d half-willingly restricted his daily circuit, making it efficient enough to be feasible. He felt and remembered and noticed with such thoroughness and heart that he was able to convey the ups and downs of old age with an unshaken humor.

“I am so tired of being an author,” he wrote. We’d just accepted “Tomorrow,” one of the finest, quietest love stories I know, the lust and love and grief and caring, and mild comedy, of a wife’s drug-eased final days. “I can barely type anymore. I’m thinking the book I’m working on will be my last, and one I’ll probably never finish. Wherever I stop writing will be the finish,” he said. “That strategy is built into the book.” All through this summer and early fall, as I read his notes, I could picture the man. I felt I knew him, and felt, too, the power, as always with Dixon, of what he wasn’t saying. This time it was: I’ve needed stories and storytelling all the way up to this moment, when my body seems to have given out one step further. And I won’t stop now, either, though it’s time. 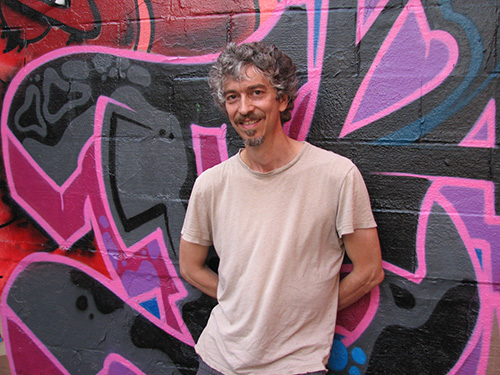 William Pierce is coeditor of AGNI. Excerpts from his autofiction manuscript Twenty Sixteen can be found in Harvard Review, The Western Humanities Review, and on the Freeman’s channel at Literary Hub. His short stories have appeared in Granta, Ecotone, American Literary Review, and elsewhere, and other work has appeared in Electric Literature, Little Star, Tin House online, The Writer’s Chronicle, Solstice, Glimmer Train, Consequence, and as part of MacArthur Fellow Anna Schuleit Haber’s art project “The Alphabet,” commissioned by the Fitchburg Art Museum. Pierce is the author of Reality Hunger: On Karl Ove Knausgaard’s My Struggle (Arrowsmith Press, 2016), a monograph first serialized as a three-part essay at The Los Angeles Review of Books. With E. C. Osondu, he coedited The AGNI Portfolio of African Fiction. (updated 10/2022)