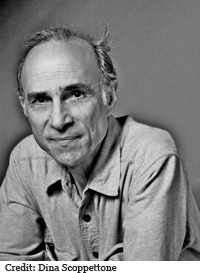 Stephen Kessler is a poet, prose writer, translator, and editor. His version of Luis Cernuda’s Desolation of the Chimera received the Harold Morton Landon Translation Award from the Academy of American Poets, and his translation of Cernuda’s collected prose poems, Written in Water, received a Lambda Literary Award. He is the editor and principal translator of The Sonnets by Jorge Luis Borges (Penguin). His most recent translation is Poems of Consummation by Vicente Aleixandre (Black Widow Press), and his latest book of original poems is Scratch Pegasus (Swan Scythe Press). He lives in Northern California, where he edits The Redwood Coast Review. (updated 4/2014)