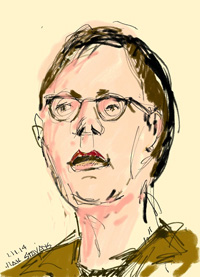 Mexican-American intellectual, essayist, and cultural commentator Ilan Stavans is the author, translator, or editor of numerous works. His latest books are, as editor, All the Odes by Pablo Neruda (Farrar, Straus & Giroux); as translator, The Underdogs by Mariano Azuela (W. W. Norton & Co., with Anna More); and as author, A Most Imperfect Union: A Contrarian History of the United States (Basic Books, with Lalo Alcaraz). He has been called “the czar of Latino culture in the United States” (The New York Times) and “Latin America’s liveliest and boldest critic and most innovative cultural enthusiast” (The Washington Post). Stavans is the Lewis-Sebring Professor of Latin American and Latino Culture at Amherst College. (updated 10/2014)

Read “Literature and Prayer: A Talk with Ilan Stavans” by Kim Ben-Porat in AGNI Online.