Translated from the Polish by Antonia Lloyd-Jones

frighteningly trusting eyes. Gradually I move
the contrast bar, and out of the milky nothingness emerges
a shape that becomes real half way

down the scale, then sinks into the background again. Happy
is he who dies in this way. And now I’m looking in the mirror
and I have to agree to a few wrinkles that

weren’t there not long ago (could they ever
have not been there?). So that’s me, me again, all me,
including the acne scar, the hole in my tooth, and

one day, perhaps, the hole where a tooth once was. Too much
of that me for me to take in, accept as my own.
Bearing in mind that we are only at the body.

Antonia Lloyd-Jones is a freelance editor and translator whose most recently published translation from Polish is Castorp, a novel by Paweł Huelle (Serpent’s Tail, 2007), longlisted for the 2008 Independent Foreign Fiction Award. Her translations of Polish poetry have appeared in The Edinburgh Review and elsewhere. (5/2009) 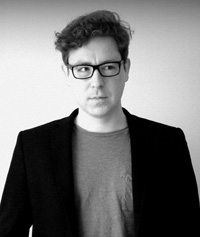 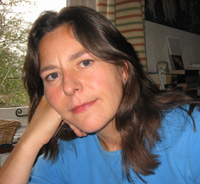 Antonia Lloyd-Jones translates contemporary Polish fiction, reportage, poetry, essays, and children’s books. Her poetry translations include two collections by Tadeusz Dąbrowski—Black Square (Zephyr Press, 2013) and Posts (Zephyr, forthcoming 2018)—one by Łukasz Jarosz, The Force of Things (Liberodiscrivere, 2015), and many poems by Krystyna Dąbrowska, published in magazines such as *Harper’s *and Ploughshares. (updated 10/2017)
Read more about this translator
Share on Facebook
Share on Twitter
Print page
Follow AGNI on Twitter Follow AGNI on Facebook
Back to top