Hoping for a make-over,
he exiled his failed self to Sahara sands,
while he would peg-leg down to the sea again,
adjust his eyepatch, growl AAArgh, and tack
to where the wind would belly his sail, anchors
aweigh.  He’d chase the shy horizon right
through the rolling crapshoot of the dicey breakers.

He’d sail to the drop-off at the end of the world.
He’d perch high on the mast and warble his head off,
he would, every note breaking his heart again,
but like a safety valve letting off steam.
But Love kept on taunting him through those whis-
kered authors in a wild pack of cards,
who whisper: To hell with consequence;
screw the boundaries; love trumps the universe.
That’s what we have to say.  There’s no back-up message. 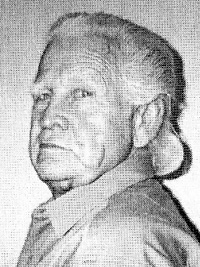 Andrew H. Oerke was a Peace Corps director in Africa and the Caribbean, and for many years president of a private and voluntary organization, working in and visiting more than 160 countries. In 1966 in Kenya, Mr. Oerke started microcredit programs for small enterprise in poverty; later, he initiated microcredit programs in more than sixty nations around the world. His work has appeared in The New Yorker, AGNI online, The New Republic, Poetry, and in many other publications in the U.S., England, France, Germany, Lebanon, Kenya, the Philippines, and elsewhere. In 2003, he was given the award for literature by the U.N. Society of Writers and Artists. His collection San Miguel De Allende (Swan Books, 2005) won the 2006 Peace Corps Writers Award. He spent time in Haiti in 2010, coordinating medical assistance for earthquake victims. (updated 12/2012)