MOSCOW, Sept. 22—In response to the distribution several months ago of a “survival guide,” intended for dissidents facing psychiatric examination, Soviet psychiatrists have now been furnished with a counter-measure, copies of which have made their way to Paris. The reported authors of the original guide have figured in the controversy over the commitment of dissidents to mental hospitals. Vladimir K. Bukovsky, who is said to be in the Vladimir prison, is serving a 12-year sentence for anti-Soviet activity that included smuggling to the West documentation on a half-dozen dissidents in mental hospitals. Semyon Gluzman, himself a psychiatrist from Kiev, is serving a 10-year sentence in a labor camp outside Perm. He helped to publicize the case of Pyotr Grigorenko, a human-rights activist who was released last spring after five years in psychiatric centers.

The guide was dedicated, “To Leonid Plyushch, a victim of psychiatric terror.” Plyushch, a Ukranian mathematician, has been confined in a mental hospital for nearly two years. Since the end of last November, his wife charged recently, he has been receiving heavy injections of an anti-schizophrenic drug called trifzin.

The text of the so-called Anti-Survival Guide follows.

Comes to our attention that two sequestered dissidents have somehow managed to circulate twenty-four-page so-called Survival Guide intended to assist non-conformists who face psychiatric examination and (for deviationism) detention in mental homes. Examinees are counseled to present themselves as being of unexceptionally normal mind, uninterested in psychiatry, philosophy, or contemporary arts. Above all, they are told to argue, if at all, not through references to themselves but through political and literary sources. Taboo are all references to, for example, disappointment, lack of zest for living, suicidal impulses, etc.

Re-read preceding until all incredulity has gone.

Now, as is well known, and as formulation of Academician O.D. Tnusl has it, any illegal act merits psychiatric examination on ground that our system has abolished social causes of criminal activity. It is to private sector, therefore, that we once again address our best energies. Self-professed ‘decent fellows’, or characterless models of probity, cannot be allowed to evade scrutiny or postpone therapy offered by our clinics and rest-homes, not to mention such conspicuous anti-schizophrenic drugs as trifzin, noetol, and epistene.

Before studying following Anti-Survival Guide, remember that Survival Guide of Bukovsky and Gluzman slurs our calling as parasitically malevolent, ourselves as failed surgeons who have spent our lives in “graveyard of dead intellects.” You will know what to do, but here is your mandate for doing it in private consultation.

This done, caution subject that, in being cooperative he implies our psychiatrists are incompetent, incapable of (a) transcending resistant façade, (b) eliciting truth by inference and surprise, (c) breaking down routine defenses.

If examinee protests he is normal in ordinary way, just like everyone else, then you have him anyway and may tick box marked Self-Confessed Social Irresponsible.

Main thing is to get your man, Canadian style, under the most congruent auspices.

(If he insists he had revised only through doctoral help, accuse him in future tense of pre-empting expert medical opinion. After all, it is we who revise, patient who submits.)

Note: It is suggested you rehearse New Style part of above exchanges with professional colleague, so as not to seem perturbed by subject’s hypocritical answers. Is unusual line of thought for you, after all. Keeping our dignity and aplomb in teeth of subjects’ vagaries and deceits is of paramount importance to good of our profession.

A. In water, does absolute become fish?

Any answer convicts, since question’s premises are corrupt. Refusal to answer implies recognition of that same corruption and also convicts. Coming or going we catch them.

B. (To be put in written form) Is there anywhere nation which abbreviates first five decimals of π (i.e., .14159) into symbol?

Only correct response is: ‘That is no question.’ It should be recorded in writing for lethal transfer to one of other questions, which it would flagrantly seem to beg.

(In USA there are. Trapped mice roam at will, once branded with tiny in-scale golden iron that comes with this preposterous 3,000-rouble folly.) (Buyer selects his brand on ordering.)

D. Who possibly could have uttered notorious hypothetical subjunctive, ‘Let there be light’?

If subject flinches at this, give him time but accuse of time-wasting sham. If subject answers, press buzzer for guards.

E. What is Budweiser?

Answers to be graded thus:

Grades of B and below are failing grades; answers other than the above earn D.

This is a leading question designed to entrap wariest of subjects. While the subject puzzles, pose follow-up question, with as casual manner as possible: Is this nonsense?

Only suicide at this point (say be tongue-swallowing or window-leap) vindicates subject, though few subjects oblige. Not at first, anyway. Ensure you have tongue depressor at hand. Check all window bars. Test buzzer. Above all, be prepared for shock of all subjects’ giving identical responses under influence of Survival Guide. All sane, rounded non-decadent citizens. Daily you will send same individual to mental hospital for same excellent reasons.

Do not permit self to become bored.

Attention to not slipping back into old technique of convicting for eccentric answers. World is now inside-out, lining outward.

Remember, knowledge has no shame; we are its macrophages, as in lung. Clean-up men. Easy on potatoes. Sleep mightily. Clear throat only when alone. Be crisp. 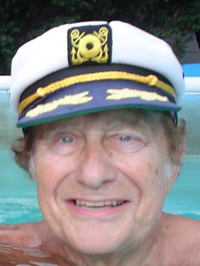