Should I write to A, the famous musician, who told me he was intoxicated by my scent—first words out of his mouth when we met at the festival in Mexico, your patchouli is intoxicating—six-four and hair to his waist, thick beard, eyes so urgently blue I couldn’t look at them directly, though I was always aware, that week, of the ways his body took up space in the room? A, who emailed to say that on the plane home, in heavy turbulence, he clutched my book to his chest like a holy text—should I tell him that when I wrote back (Thank you, All best), behind that curt reply, in digital palimpsest, was Send me a sound clip, something new, I love your work? Watch the Vimeo recording of my reading the final night. At 23:17 it appears I’m looking directly into the camera. Should I tell him, I was looking at you, sitting beside the camera? From the safe distance of the stage I could finally take in your face, your tattooed forearms, braided hair, and cowboy boots—can you tell what my body was asking of you, involuntarily, in the second I bit my lower lip and looked away?

Or maybe I should write to B—though I’m weary of his egoism, his constant need, author photos, reviews, stories and chapters to edit, interviews and blurbs—the part of him that keeps reaching out to find me, tentative, apologetic, when I disappear; the still-alive, still-aware core inside him that urges him to ask How’s the work going, J, before lapsing back into solipsism. B, who writes about sex as a conversation between souls or a Bach Invention, the left hand/ right hand interplay, and who can see in Chekhov how a person might fling her arms wide to embrace a planet—should I write to him, here, That man, inside you, is the one I will continue to love, deliberately, as a friend?

Or to C, whom I’ve met only once but around whom I’ve created an entire mythology based on his Instagram posts: rock climber, world-traveler, spiritual seeker, war reporter with strong arms and the kind of crooked teeth that require his lips to contour themselves in interesting ways. I’ve considered writing to ask him to come to India with me, a town in the Himalayas on the Tibetan border, ostensibly to take photographs for his beautiful series on migration but really because, for a space of days, I’d like to be with a man for whom trekking to seventeen thousand feet would be a nothing, an ease, just another breath; a man who could understand how I felt the day I taught a child who spoke only Nepali and Lepcha to sing Twinkle Twinkle Little Star_—_

But D: magnificent, magnanimous D, the only man I’ve ever been tempted to worship. I have dreamt of washing his feet; dreamt we marry late in life to become the President and First Lady of the United States—concerning and thrilling, that my subconscious believes either of us would be suited to the roles, though there is no question that together we’d be a force: our compatible looks (mine fair, his dark) and intellects (his all information and politics and journalism, mine all lyric and imaginative—no competition between us, is the point); our similar upbringings in the desert (I imagine riding bareback together somewhere in Nogales, sitting between his legs, my hands twisted in a black mane); similar worldviews and moralities. (Morality? here I am, a married woman, composing hypothetical love letters to married men.) One night in Chicago we shared a cab and arrived at his hotel first. I could see him wrestling, physically, against the impulse to continue on with me to my hotel and walk me in, as he’d done on other nights, and when he kissed my cheek—hurriedly, almost angrily—then jumped out of the cab and texted a minute later Call me when you’re safely back—just before that kiss, while he was rubbing his hands up and down his thighs and looking everywhere but at me, I was on the cusp of saying, Why don’t I get out here, with you, I can walk the rest of the way_—_hoping, and fearing, he’d invite me in.

Or E, the trainer, built like a Greek god but without a chance in hell of attracting an educated woman: too backwoods Appalachian, with a racism so deep he’ll never know it’s there. I want my daughter to date a little black boy, maybe get married to one of them, they make beautiful babies. Violent; verbally abusive to his wife and kids; anti-psychotic drugs keeping him sane, allowing him to work out and train his clients and his horses and clear his fields on weekends. E, who brags to the women at the gym—fights won, knives avoided, a shed he built from reclaimed wood—going on with his ideas about genetic superheroes and how certain bodies just want to mate, sexual attraction is powerful between good-looking bodies, the best-looking men and women cannot help wanting to procreate, and look, you’ve got a genetically good body, good hips, men are attracted to you because your structure says, This woman can bear offspring; I mean your body is good but with work and a spartan diet of protein and vegetables it could be perfect. Should I tell him that when he’s got me hanging from the ceiling for knee tucks, my arms in noose-like loops, his hands holding my waist from behind to keep me in place—in that moment a primal part of me no longer cares about his accent or racism or neo-Nazi theories on eugenics, I only want him to lift me out of the straps and bend me over like one of his horses?

A, B, C, D, E: bright flashes beneath flowing water, while out in the middle, above the current, the rock I’m standing on is the husband. Strong, familiar, nearly forgotten because completely known, each foothold and crevice extensions of my own body; and though to write a love letter in praise of the ordinary is to laud the typeface on the playbill rather than singer or song, I will not write to the others; I will write to S, and say the only thing left to say after twenty years. I love you. (And perhaps only you, reading this, will know what that means.) 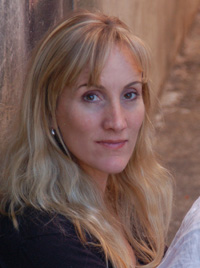 Jamie Quatro’s debut novel, Fire Sermon, was published in 2018 with Grove Press (U.S.) and Picador (U.K.). Selected as one of the Top Seven Novels of 2018 by The Economist, and named a Book of the Year by the San Francisco Chronicle, LitHub, Bloomberg, and the Times Literary Supplement, Fire Sermon was a Barnes & Noble Discover Great New Writers book, Indie Next pick, and a New York Times Editors’ Choice. Quatro’s story collection, I Want To Show You More, was a New York Times Notable Book, NPR Best Book of 2013, and was chosen as a favorite book of 2013 by James Wood in The New Yorker. The collection was a finalist for The Los Angeles Times Art Seidenbaum Award, the Townsend Fiction Prize, and the National Book Critics Circle John Leonard Prize. A new novel and story collection are forthcoming from Grove. A contributing editor at Oxford American, her work has appeared in Ploughshares, The Guardian, The Paris Review, The New York Review of Books, and elsewhere. Recent essays have appeared at The New Yorker, Oxford American, and as part of the Greenpeace Climate Visionaries series. Quatro is the recipient of fellowships from MacDowell and Yaddo and has taught in the Kenyon Review Writing Workshops and the Sewanee MFA program. She lives with her family in Chattanooga, Tennessee. (updated 11/2022)