The first one I remember was the jeweler named Lucky who had bought three buildings from my father on State Street in Algona, Iowa, the small northern-Iowa town where I grew up. I’d known him all my life. When I was eighteen, in 1957, I was living in Chicago, working as a receptionist. My parents told me the jeweler would be in town for a trade show and would take me to dinner. How lovely, I thought. Not lovely at all. He proceeded to try to relieve me of my virginity.

Not much later, Jim Alex, a close family friend and a Greek like my father, was in Chicago from Indiana on business. He took me to dinner and said how much he looked up to my father. Then he behaved like the jeweler. Did neither of these men know my father would have murdered them had I told him? Or did they know I’d never tell him? These men, in their mid-forties, had children older than I was.

After marrying at nineteen, I was living and working in Iowa City at the University of Iowa. A physician whose name I’ve forgotten made a nighttime house call (not unusual in those days). I was home alone with a high fever while my husband was studying at the law library. The physician nearly raped me before making a hasty exit because he thought he heard someone at the back door. I never told my husband because, like many victims, I felt enormous shame. But I reported the doctor to the director of University Hospitals and said his license must be revoked. Nothing came of it, far as I was able to determine.

After divorcing my husband, I moved back to Chicago and took a position with the American College of Obstetricians and Gynecologists (ACOG) as a public relations assistant. Part of the job was to travel to its regional conventions. At my first ACOG gathering, not one but several ob/gyn physicians grabbed my breasts, slapped my bottom, and tried to put their hands up my suit skirt while we were in the hotel bar at the end of the first day. They further entertained themselves by exchanging filthy jokes, most of which I couldn’t understand and did not want to hear. “Little Miss Prude,” they called me, and one said, “Look at her cute tits.” Some of them even stuck out their tongues and tried to push them into my mouth. If I hadn’t been so horrified and surprised, I would have let one of them do it and then taken a great big bite.

What was happening to me was sexual harassment before the term was coined. It first appeared in Redbook, if memory serves, then rapidly became common currency; but all women knew how it felt: the abuse of power, the intimidation, the unwanted attention, the fear and anger it instilled in those who were abused, the downright nerve of those men.

While I was still in Chicago at ACOG, a psychiatrist tried to sexually assault me. He was a friend of the executive director, who was a fat and jolly perfect gentleman of a physician I’ll call Dr. Jones since I cannot recall his name. Dr. Jones and the psychiatrist took me to lunch twice, after which the psychiatrist appeared, unannounced, at my apartment on a Saturday afternoon. He said he had something important to tell me about Dr. Jones. I let him in. I’ve wracked my brain to remember the psychiatrist’s name, because, even if he’s dead, his reputation needs to be amended and tarnished.

He laid foul hands and filthy, entitled words on me, which it makes me almost vomit on the keyboard to write all these years later. “I want to suck your c–t,” he said. The jerk even flashed cash then his miserable penis at me, thinking that might lure me into my bedroom. I remember screaming at him, getting a knife, and insisting I’d report this to Dr. Jones on Monday, but then, after being sick and sobbing throughout the weekend, I dutifully showed up at work and said nothing.

Dr. Robert Moeller was head of psychiatric services at University Hospitals in the 1960s. I’d been his devoted patient. When he visited Chicago—the year was 1966 or 1967—to attend an American Psychiatric Association convention, he telephoned and asked if he could drop by my apartment on Saturday afternoon for coffee and a brief visit. Of course, I said. I’d placed my secrets and my trust in him for years. But Dr. Moeller came for sex, not coffee. And he succeeded. I was in a state of disbelief, unable to figure out how to say no. I’ve never told this to anyone, but neither did I forget any of it. I buried it until now as I write this.

So many are talking and writing about it. We’re done with silence. It’s about time.

In 1968, George Starbuck and I were married. He taught at Boston University, and I became the editor of a newspaper in New Hampshire. Because New Hampshire holds the first presidential primary, politicians who thought they had what it took to become president flooded my office seeking interviews. Such men thought nothing of making inappropriate remarks, putting a hand on my knee and moving it up to my thigh, you name it. Their sexual harassment was bipartisan. For example, Senator Teddy Kennedy, the Democrat, was no worse than Senator Howard Baker, the Republican. By then I’d become a skillful deflector, or if they foolishly persisted, I told them off and threw them and their entourages out of my office, which meant that nothing would be published about their presidential ambitions. But I often paid for their abuse with migraines that could last for days.

This ridiculous, abusive behavior by some men can go on into their nineties. For about a dozen years I’ve lived on campus at the University of Alabama’s old folks’ home at Capstone Village in Tuscaloosa. Eight men at Capstone have made inappropriate sexual advances or harassed me. I’ve only had to issue one formal complaint so far—and it was because of yet another doctor. He too is a psychiatrist, though retired. The seven others here were easy to deal with myself. In fact I befriended two of them after having long talks which actually set them straight. I thought—rightly, thank goodness—that they might be worth the effort and not complete asshole Neanderthals who happened to have PhDs.

The retired psychiatrist harassed and endangered me. Of course I know his name, and I want to name him. He behaved toward me with lurid disrespect. This disgusting, threatening man still lives one floor below me. At about 6 foot 4, he is physically as well as verbally threatening. I told him not to speak to me, never to telephone or ring my doorbell, all of which he went on doing repeatedly. According to police and other professionals who became involved, he had a sexual obsession. They found it fortunate that it was focused on only one woman. Lucky me. At one point, in front of several witnesses, he tried to hit me when I wouldn’t respond to his verbal entreaties. Next, he threatened my life. The university police called in the FBI, which searched his apartment for firearms and other weapons. None were found. At last the authorities succeeded in making him leave me alone.

That was four years ago. Today the guy is so fully demented that he is not considered a threat. Everyone I talk to tells me he will die soon. But that is not why I’m not naming him. His daughter has a fatal degenerative disease. She has suffered greatly over the years from being his daughter. The compassion I feel for _her _is my sole reason.

Certain men simply assume that a woman is put on earth to be sexually exploited and, if that fails, there’s always the possibility she’ll turn into a friend, or a nurse, or a purse, or who knows, maybe by some miracle a person of essential worth and deep humanity. Okay, I’ll stop the lecture.

Still, after observing and experiencing outrageous, uninvited behavior for _sixty _years, it seemed worthwhile, at age seventy-eight, to write this little essay and name as many names as I could remember, of men dead or alive. For all we know, with so many of us speaking out, the abusers will finally listen. The next generation of men may act differently from the start.  And maybe, when there are sexual assaults or unwanted pressures, victims will be able to come forward without shame. We must never ever forget: the victims are not to be blamed. 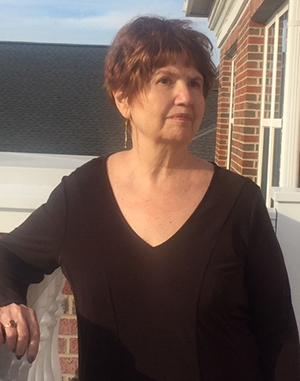 Kathryn Starbuck’s poetry collections are Sex Perhaps (Sheep Meadow, 2014) and Griefmania (Sheep Meadow Press, 2006). Her poems and essays have appeared in Poetry, AGNI, The New Yorker, The American Poetry Review, The New Republic, Southwest Review, Harvard Review, Ploughshares, and elsewhere. They have been anthologized in The Best American Poetry and Poetry Daily, and reprinted in the U.S., Canada, Europe, and in textbooks. She has received a 2016 poetry prize from Bellevue Literary Review. She edited, with Elizabeth Meese, two books of poems by her late husband George Starbuck. Southwest Review awarded her its 2011 McGinnis-Ritchie Award for nonfiction. (updated 5/2016)