translated from the Spanish by Anne McLean #

_
Marzo è pazzo_, goes the Italian proverb; en abril, aguas mil, adds the Spanish. Madness and a thousand showers are what the assault on the rivers and torrents are made of. In March and April millions of elvers subject to the rhythm of the double instinct of darkness and distance wait for night to head up the spout of the fresh water, 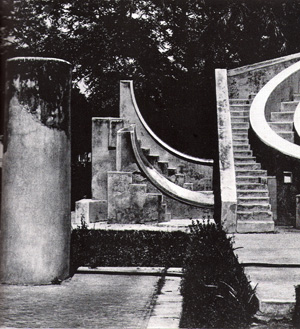 the flexible column that slides into the darkness of the estuaries, spreading the length of kilometers a slow, loosened waist; impossible to predict where, at what high hour, the unformed head all eyes and mouths and hair will begin the slide upriver, but the last coral has been cleared, the fresh water struggles against an implacable deflowering that takes it between mud and foam, the vigorous eels unite against the current into a common force in their blind will to go upstream, nothing will stop them now, not rivers not men not locks not waterfalls, the multiple serpents of the assault of European rivers will leave myriad corpses at every obstacle, will become segmented and writhe in the nets and the meanders, will lie by day in a profound torpor, invisible to other eyes, and every night they’ll remake the seething dense black cable and as if guided by a formula of stars, which Jai Singh might have measured with marble tapes and bronze compasses, they travel on toward fluvial sources, searching in innumerable stages for an arrival of which they know nothing, from which they can expect nothing; their force does not come from themselves, their reason palpitates in other tangles of energy that the sultan consulted in his way from portents and hopes and the primordial terror of the firmament filled with eyes and pulses.

Professor Maurice Fontaine, of the French Academy of Sciences, thinks that the magnet of the fresh water that desperately attracts the elvers, obliging them to commit suicide in their millions in the sluicegates and nets so the rest can pass and arrive, originates in a reaction of their neuroendocrine system to the weight loss and dehydration that accompanies the metamorphosis from leptocephali into elvers. Lovely is the science, sweet the words that follow the course of the elvers and tell us their saga, lovely and sweet and hypnotic like the silvery terraces of Jaipur where an astronomer in his day wielded a vocabulary just as lovely and sweet

to conjure the unnameable and pour it onto soothing parchments, inheritance for the species, school lesson, barbiturate for essential insomniacs, and comes the day when the elvers have entered into the deepest depths of their hydrographic copulation, planetary spermatozoa already inside the egg of the high pools, in the ponds where the rivers settle down and dream, and the winding phalluses of the vital night calm down, bed down, the black columns lose their lithe erection advancing and probing, the individuals are born of themselves, separate off from the common serpent, feel their own way and at their own risk along the dangerous edges of ponds, of life; the time begins, no one can know when, of the yellow eel, the youth of the species in its conquered territory, the finally friendly water compliantly encircling the bodies at rest there.

And they grow. For eighteen years, placid in their hollows, in their niches, lethargic in the slime, brushing past in a slow ceremony for nobody, splashing the air with a flick of the tail and a shimmering, incessantly devouring the juices of the depths, repeating for eighteen years the surreptitious sliding that takes them in a fraction of a second, for eighteen years, to the edible fragment, to the organic matter in suspension, solitary and somnolent or violently arranged to tear their prey to pieces and disband in a frenetic scattering, eels grow and change color, puberty assaults them like a whip and transforms them chromatically, the muddy mimetic yellow gives way bit by bit to mercury, at some moment the silver eel will reflect the first rays of morning sun with a quick flick of its back, the murky water of the depths allows a glimpse of the spindle-shaped mirrors that replicate and divide in a slow dance: the time has come to stop eating, ready for the final cycle, the silver eel waits immobile for the call of something that Mademoiselle Callamand considers, as does Professor Fontaine, a phenomenon of neuroendocrine interaction: suddenly, by night, at the same time, all rivers are downriver, all sources are to be fled, tense fins tear furiously at water’s edge: Nietzsche, Nietzsche.

Julio Cortázar was born in Brussels in 1914 and grew up on the outskirts of Buenos Aires. His previous works include Autonauts of the Cosmoroute, Diary of Andrés Fava, Hopscotch, Blow-Up and Other Stories, All Fires the Fire, We Love Glenda So Much, A Certain Lucas, Around the Day in Eighty Worlds, and Cronopios and Famas. He died in Paris in 1984.

Julio Cortázar (1914–1984) was born in Brussels and grew up on the outskirts of Buenos Aires. His books include Autonauts of the Cosmoroute, Diary of Andrés Fava, Hopscotch, Blow-Up and Other Stories, All Fires the Fire, We Love Glenda So Much, A Certain Lucas, Around the Day in Eighty Worlds, Cronopios and Famas, and From the Observatory. He died in Paris.