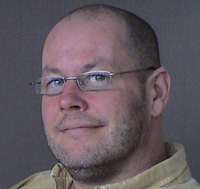 Steven Hartman was born and raised in the U.S., where he took degrees from Ithaca College (BA, English), the American University (MFA, Creative Writing) and SUNY Albany (PhD, English). He now lives in Sweden with his wife Jenny and their four children. The recipient of the New York State Thayer Fellowship in the Arts and several other awards for his literary production, Hartman has published fiction, criticism, and literary translations widely in such journals as The Georgia Review, The Southern Review, Grand Street, Witness, Prism, and Black Warrior Review. His recent criticism has focused on environmental consciousness in literatures ranging from contemporary American fiction and poetry to the medieval Icelandic sagas. With active university affiliations at KTH Royal Institute of Technology and Uppsala University in Sweden, as well as City University of New York, Hartman is chair of the Nordic Network for Interdisciplinary Environmental Studies (NIES). His translation of selected stories by Stig Dagerman, Sleet, is due out from David R. Godine this month. (updated 6/2013)

The Stockholm Car by Stig Dagerman