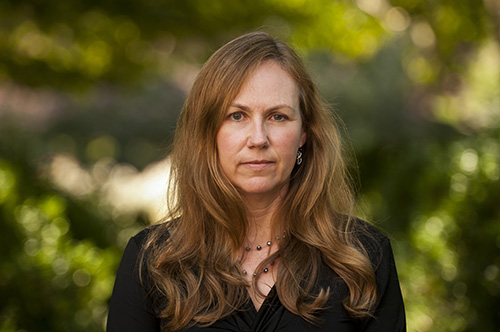 Sandra Meek is the author of five books of poems: An Ecology of Elsewhere (Persea Books, 2016); Road Scatter (Persea, 2012); Biogeography (Tupelo Press, 2008), winner of the Dorset Prize; Burn (Elixir Press, 2005); and Nomadic Foundations (Elixir, 2002). She is also the editor of an anthology, Deep Travel: Contemporary American Poets Abroad (Ninebark, 2007), which was awarded a 2008 Independent Publisher Book Award Gold Medal. Her poems have appeared in The American Poetry Review, Poetry, Best of the Net 2015, The Kenyon Review, Conjunctions, Prairie Schooner, AGNI, The Iowa Review, and elsewhere. A recipient of a 2011 National Endowment for the Arts Fellowship in Poetry and the 2015 Lucille Medwick Memorial Award from the Poetry Society of America, she has three times been awarded Georgia Author of the Year in Poetry and twice the Peace Corps Writers Award in Poetry—she served as a Peace Corps volunteer in Manyana, Botswana from 1989 to 1991. She is co-founding editor of Ninebark Press, director of the Georgia Poetry Circuit, and Dana Professor of English, Rhetoric, and Writing at Berry College. Visit her at sandrameek.com. (updated 4/2018)