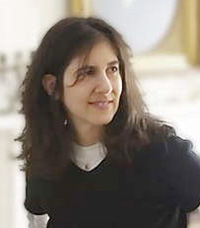 Jessica Keener’s debut novel, Night Swim (2012), became a national bestseller; The Boston Globe called it “thrilling” and “exhilarating,” The New York Times “earnest” and “moving.” She followed it in 2013 with W_omen In Bed_, a collection of nine stories; Publisher’s Weekly wrote, “She demonstrates a versatile voice and ability to deliver as much exquisite detail as the stories’ brevity will allow.” Her fiction has been listed in The Pushcart Prize under “Outstanding Writers.” She is also a recipient of Massachusetts Cultural Council Artist Fellowship. Her second novel, Strangers in Budapest, is forthcoming from Algonquin Books. Keener is a manuscript consultant at Grub Street and has been part of AGNI’s editorial team since 2004. (updated 4/2014)

She is interviewed at Litpark.

Interviews
On Language and Embracing Failure as a Writer: An Interview with Ha Jin
by Jessica Keener
Interviews
Online 2005
Back to top