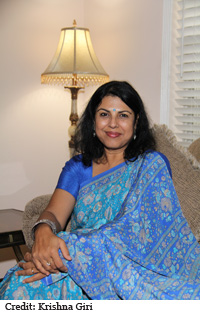 Chitra Banerjee Divakaruni is an author, poet, activist, and teacher. Her books have been translated into twenty-nine languages, and her work has appeared in over a hundred magazines and anthologies. Several of her novels and stories have been made into films and plays. She has won an American Book Award and a Light of India award. Divakaruni teaches creative writing at the University of Houston and writes for both adults and children. (updated 11/2014)

Divakaruni’s AGNI story “The Lives of Strangers” won a Pushcart Prize and an O. Henry Prize and is reprinted in the 2002 anthologies.