Frozen Charlotte is the debut collection of the New York–born, Netherlands-based poet Susan de Sola—though de Sola’s work, with its distinctive emphasis on formal technique and on the representation of the lived experiences of seasoned women, has been out in the world for years, even receiving a nod from The Best American Poetry in 2018. Frozen Charlotte gives de Sola the book-length space she needs for exploring how to harness her understated formal methods in the service of the subjects closest to her heart: women through all the phases of aging and the formidable gulfs that obstruct them from understanding themselves and others.

Several poems in the book’s opening section wield form to incisively probe the distance that separates women from the men they think they know: dads who come home from wars they rarely speak of; childhood pals who, beneath their affable surfaces, nurse secret passions and clandestine weaknesses. The poem “Cut Out” draws its power from the Petrarchan sonnet’s natural division into an octave and sestet that mutually reinforce each other: the octave describes a dad’s reticence to discuss his past as a military doctor who “cut bodies out of fallen planes,” which is ironically counterbalanced in the sestet by his jealous wife’s misguided crusade to “cut” the image of her husband’s wartime paramour out of old photographs. The father’s tendency toward understatement hints at an expanse of unspoken memories that the women in his life can never hope to comprehend, much less eradicate. This sonnet is, deliberately, not as tightly knit as others in the book. Some of the end words are far distant from their rhymes, and others rhyme with nothing at all, as if to make more palpable the chasms between characters and the flimsiness of the dad’s deadpan, nonchalant facade:

This same section includes “Buddy,” another poem about inter-gender misunderstanding: a painfully sincere blank-verse narrative so technically well-executed it can seem almost as artless as its speaker, an innocent girl hailing from the world of “cultured / Upper West Side Jews” who struggles to fathom her friend Buddy, a free-spirited pot-smoking “self-described ‘kraut-mick.’” Despite enjoying countless night-long conversations with Buddy and hearing all the gossip about his serial sexual conquests, the speaker wistfully concludes she never really knew him: “I wonder now, what was his name—his real name?” In “The Light Gray Suit, North by Northwest,” the poem that immediately follows “Buddy,” de Sola suggests such pervasive failures of intimacy might be at least partly blamed on the idealized masculinity and inauthentic social scripts perpetuated by Golden Age cinema: a false world where never-ruffled gray suits mask the vulnerabilities of the men who wear them, where the jump cuts of the censorship-happy camera prevent men and women from being truly naked together or achieving greater intimacy than a chaste kiss.

To de Sola, who is also a photographer, it makes sense that a past preservable only through the untrustworthy media of photography and film, with their unreliable, runny hues, should be so dishonest. With an authority conferred by her background as a visual artist, de Sola scrutinizes colors and finds them to be slippery admixtures of reality and symbol: the brown of L’Oreal Feria #50 hair-dye embodies a “Socratic mean” between light and dark; the blue of peacocks presents the color of “heaven’s private mind.” In “The Wanting Eye,” the hues of stones fire-forged on Etna’s slopes (“umber, ochre, / terra, pink”) alienate the speaker with their inhumanity and their unwillingness to spill the secrets of the past (Mt. Etna was, not coincidentally, one of the places the military doctor father in “Cut Out” served): “I took the hardest, / blackest stone….I felt its chill. I put it back.” Elsewhere, de Sola laments photos “fiery red, / faded now to olive brown,” the “color-slide from blue to teal” in an old newsreel signifying a degradation of reality, “the bleached colors” of Polaroids evidencing an existential betrayal.

But although the passage of time may leach away color, it also confers wisdom and strength, as can be seen in de Sola’s many poems about women maturing through all the stages of life. De Sola portrays girlhood and maidenhood as vistas of peril, as in the book’s eponymous poem, “Frozen Charlotte”: a coldly ironic song in cinquains whose musical rhymes clink like icicles, about a doll said to be the reincarnation of a girl who froze to death because she vainly insisted on wearing a flimsy silk dress on a winter sleigh ride. Such a character—an embodiment of society’s narrowest and cruelest stereotypes about girls, literally an objectification of a human being into a toy—may seem impossible to humanize, but de Sola manages to give poor Charlotte a plausible voice, one that chillingly forces readers to confront ways in which young girls are as vulnerable to socially constructed gender narratives as they are to hypothermia:

I’m safe for play—no moving parts.
My price is small. I’m bought and sold.
I fortify their frozen hearts.
I’m getting warmer now—it’s told
on mountain roads. I died of cold.

With increasing age, the women in de Sola’s poems gain a knotty strength. The voices of married women in this book sing out with a shameless sensuality. The speaker of “Blind, She Considers Her Lover” has no shyness about describing what she feels “in the dark, / where half a marriage is spent”:

between the moss and the steel,
the strangest skin, unlike any other,
stretched, nerve-rich, another color.

The sonnet “Eve Sleeps” also cultivates a darkly intense, feral feminine sexuality—an intensity achieved in part by de Sola’s clever decision to compress the lines into tetrameters rather than the more traditional pentameters. This sonnet’s subversion is compounded by the fluid identities of its two protagonists, who seem at times to be a pair of spooning lovers, at times a pair of sibling fetuses sharing the same womb: a discomfiting, incestuous overtone that reminds readers of how true intimacy can overpower the deepest taboos:

Twins in the dark, we knit a seam
from toe to crown, a tensile wire.
Our eyes roll blind, they roll desire.
Locked in body, branched to dream,
we fall into this darker space.
Each cannot see the other’s face.

The Eve in this poem makes a distorted echo of other Eves in the book: the Eve who is the speaker’s young adult daughter in the poem “Four Frogs”; the Eve who plays a foil to Cary Grant’s character in “The Light Gray Suit, North by Northwest.” Simultaneously lover and kin, she dissolves all natural boundaries, bringing close what’s normally far apart, just as de Sola’s sonnet short-circuits the distance between rhyme-words to a mere four beats.

Old women also get their due in this book: de Sola makes no secret that she prefers the “monumental” grandes dames in Sargent’s paintings to the girlish figures depicted in, say, his tableau Carnation, Lily, Lily, Rose. She armors the old women characters in “An Agony of Silk” and “Cedar Closet” in an imperturbable dignity, communicated through their passionate relationships with clothing, especially undergarments. This particular reader is generally bored senseless by couture, but—through another series of slickly rhymed tetrameters—de Sola almost succeeds in mesmerizing me into buying the argument that lingerie does have cosmic meaning:

Do right by it—There’s nothing sadder
than a nylon with a ladder,
a clasp unclasped or stay unstayed.
Join in the fray, but stay unfrayed…
Buy but beware. Be groomed. Take care.
Enfin, you are your underwear.

These lines have humor, yes, but also an appealing lucidity, supported by their clean rhythms and crisp rhymes. This lucidity unites the book’s poems, whether de Sola is training her attention on a pair of stockings, an umbrella (“an empty cup / downturned / to reroute // not gather”), or a vase of tulips effortfully lifted out of the long shadow of Plath (“plush concavities / which made of content an irrelevancy”). Here exist no exaggerations, or wild fantasies, or reckless leaps of faith; instead, de Sola creates quietly precise descriptions of people and things that err on the side of not saying enough, rather than risking the reader’s carefully earned trust by saying too much.

De Sola gives special attention to mothers in this collection, directing her reader’s focus to the diverse losses mothers experience, large ones and small. In the wry “Four Frogs,” one of Frozen Charlotte’s many poems about the often-absurd interfacings of humans and animals, the speaker likens her children’s growing up and leaving home to the unsettlingly swift dispersal of four frogs that she has liberated from a box:

why take leave with such
alacrity—such vehemence?
[My daughter Eve explained to me,]
They could not even see the sky.
Pure rivals. Hell is other frogs.

In the more somber poems “Daniel” and “Miara,” de Sola’s depiction of bereaved mothers’ lifelong grief for sons who died in early childhood argues that it is not the length of a life that matters, but how much a person is loved. The Shakespearean final couplet of “Miara” makes this point powerfully with a list of parallel verbs, linked into music through alliteration and rhyme: “I asked, was this not also to exist? / Marbled, tended, mothered—missed.” Although Frozen Charlotte often concerns itself with the wide gulfs between men and women, between past and present, between color and substance moments of empathy like this one remind us that bridges do exist. 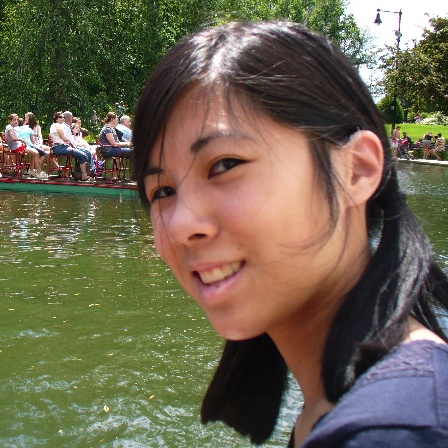 Jenna Le is a physician and educator and the author of Six Rivers (NYQ Books, 2011) and A History of the Cetacean American Diaspora (Indolent Books, 2018), which won second place in the Elgin Awards. Her poems and translations have been published by Barrow Street, The Brooklyn Rail, AGNI, Post Road, Salamander, and Sycamore Review. (updated 9/2019)