When miles of hedges were planted to enclose British fields during the 18th century, partridges, which hide in underbrush, flourished. They became favorite game birds….By the 19th century the French sport of shooting birds on the wing became customary.
_        —100 Birds and How They Got Their Names_

For miles and miles lush hedgerows were alive
with our toe-scratch and egg heat; our chatter
louder than bees, making green leaves flutter.
We hatched into this world wide-eyed; arrived
covered in down. By the time the scythe
swept the fields we were chestnut-barred and fatter,
all belly patch and seed-hungry. Better
to remember our red-throated love calls than try
to forget that first blast of dog, panicked
kuta-kuta cries, wing shudder as we
rose into light, dust, thunder-crack and star
bursts. 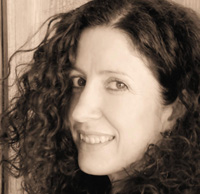 Meg Kearney is the author of two books of poems for adults, An Unkindness of Ravens and Home By Now, winner of the 2010 PEN New England L. L. Winship Award, as well as two novels in verse for teens: The Secret of Me and its sequel, The Girl in the Mirror. Meg’s picture book, Trouper, is forthcoming from Scholastic in fall 2013. Her poetry has appeared in The Gettysburg Review, Doubletake, Black Warrior Review, Third Coast, Tar River Poetry, Passages North, Desperate Act, The Berkshire Review, and the anthologies Where Icarus Falls (Santa Barbara Review Publications, 1998), Urban Nature (Milkweed Press, 2000), The Book of Irish American Poetry from the Eighteenth Century to the Present (Notre Dame Press, 2006), and Conversation Pieces: Poems That Talk to Other Poems (Knopf, 2007). She lives in New Hampshire and directs the Solstice MFA Program at Pine Manor College in Massachusetts. For more information, visit her website at www.megkearney.com. (updated 6/2013)