Witness this: peonies and roses on the bedspread. Her red dress. The motel curtains sliding together to cover their view of parking lot oil stains and cigarette butts, the billboard that asks How Will The Falls Transform You? Their bodies give way, unresolved and stumbling. Afterwards, he stands in the rented doorframe listening to her shifting, her breath. In the half-melting drifts. In the creak of the car door before the slam. And how she breathes, like an accordion or a jewel box, and the sky opens. It’s not the first time he prays for wonders instead of happiness. Cave of the Winds. Maid of the Mist. Rushing torrents of neon bouncing off the pavement between the gaps in the motel curtains: aperture of plastic, chrome, electric light. Love is thrown and it is caught. It lives a long time in the air. It can float on the surface of the skin. It can overflow, bounce like a fiddle string. It can be blurred, shaped like an onion peel. The half-moon of her body in this stained place, vertiginous. He hasn’t written these words in a long time. He writes them with the motel pen. Would you come home? If there was a nice apartment and I had a decent job and you felt happy and thought there could be a nice history together, would you come home?

The last two sentences in “Niagara” come from photographer Alec Soth’s project of the same name—specifically from a photograph of a love letter left behind at a Niagara Falls motel. 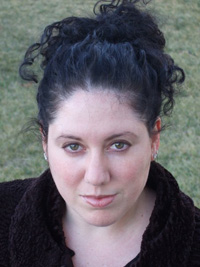 Erika Meitner is the author of Inventory at the All-Night Drugstore (Anhinga Press, 2003) and Ideal Cities (Harper Perennial, 2010), which was selected as a 2009 National Poetry Series winner. She is assistant professor of English at Virginia Tech, where she teaches in the MFA program. (updated 1/2010)