In that painting we saw at the Vatican
on our first trip together, the one where a woman

holds a beheaded man’s face through a veil,
the veil is peppered with blood. Not the soaking

of a decapitation, but the blotting
of a nosebleed, a cut shin, a nicked thumb.

Her face is not victorious.
Her face tilts up to the angels who stand

​in the sky’s colosseum like a row
of lit archways. She is not—I didn’t know

then—Judith or Salomé or Herodias.
She does not hold the head of Holofernes

or John the Baptist. Nor does she bear
the self-portrait of her painter. She is

Saint Grata of Bergamo, grave robber,
stowing the remains of the martyred,

whatever she could pilfer in her two hands
to give it a proper Christian burial. Here,

she carries Saint Alexander’s leaky head,
and wherever his blood plops, up pops

a sprig of lilies. Not unlike the stem
we bought from a vendor

be enough. What relics would I preserve
if I could ransack those infant, tenuous days?

Not everything, not even half,
but maybe that lily. We left it behind,

soft as a nude in our rented room
overlooking the courtyard, perched in a glass

half filled with water on the bedside table,
beside the soiled sheet we balled in the corner

after you fucked me so hard I bled. 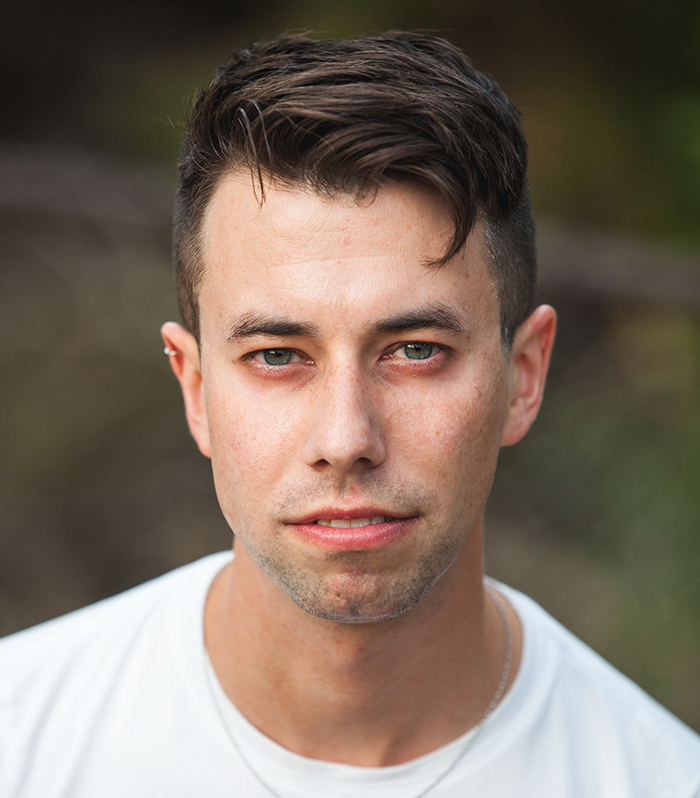 Jacques J. Rancourt is the author of Brocken Spectre (Alice James Books, 2021), Novena (Pleiades Press, 2017), and the chapbook In the Time of PrEP (Beloit Poetry Journal, 2018). His poems have appeared in Boston Review, Kenyon Review, AGNI, The Virginia Quarterly Review, and elsewhere. A former Stegner Fellow, he lives in San Francisco. (updated 4/2022)