We were waiting for the lights. We were told we would see them. When we did they were smaller than anticipated. Elsa, the most outspoken among us, complained the experience was valueless. We had loitered like dogs waiting for a rind of cheese to fall to the floor, had spent the evening in limbo like a baby who has tossed its rattle across the room and sobs alone in the dark for that wretched rattle. This was overstated. We hadn’t seen much, but we had seen something. We were hungry but no one was sobbing although Timothy had suffered a panic attack. As he struggled for air, Maury our facilitator had Elsa forcibly removed; we heard a cramped squeak, and tearing our eyes from the sky saw Elsa move off quickly between two powerfully built women in overalls. It seemed to me I had seen them around, not doing much. And they littered. Whenever the breeze lifted, their candy wrappers rattled in the yucca.

Once we had seen the lights, and it is true we barely saw them, we left a great wealth of sand behind us—we had been standing ankle deep in a fossil sea—and made our way to the gravel path and spare cabins provided by Parks Services. Having received word of a distant emergency, Maury abandoned us even before the initial evening’s sighting had come to a close, and aware of our likely disappointment, left each of us with a flyer promising more significant views ahead, and a hot wad of candy. It is true that the world is as thick as flies with disappointments, and that every one of us is more or less undone. The hot wads and the peppermint scented flyers got us through the night. I heard Elsa cry out any number of times but managed to sleep well enough—we all did—each sucking on his or her wad, the smell of peppermint informing our dreams with expectation. Because we were optimists—which is why we had signed up for the sightings in the first place, had paid up, had manned up and taken the less than serviceable van all the way from Wackersville until the road gave way to rubble, had walked who knows how many miles to the spot where Parks had, in the previous century, pronounced the lights significant. We were hopeful, and this is why we slept as well as we did in those drafty cabins, the smell of lizard thick on the air, our dreams needled by Elsa’s cries and the sound of barking dogs, although we had not seen any. At breakfast Poke stated with conviction that Elsa had been way out of line. Even if, admittedly, the lights were few and dim, still the facilitator’s expectation, as stated in the agreement, is that he has taken on happy campers and not scolds. As Maury was detained by his emergency, one that deepened as the days passed, and as there was no cook or management to be found (the two beefy ladies had vanished along with Elsa), we raided the pantry, its stash of oatmeal and other porridge choices: bran meal, bean meal, oats. And there was powdered milk quaintly labeled: cow, goat and even camel for the few grateful enthusiasts who had checked with pencil the place provided on the application form. Beaming, Walter Whitweek held a can above his head triumphantly. A small stash of boxed juices, aloe and prune, were greeted with cheers. After some searching we found a freezer under an old blanket. It stabled Nepalese fish sticks and a box of pork suffering freezer burn. Walter put in a call to Maury asking that he return with fresh greens and citrus, hoping he was taking messages, and that as his disaster unfolded, we would not be forgotten. Maury had taken the van, after all, and we were stranded in the middle of a fossil sea without lettuce or, for that matter, butter and eggs.

After much discussion, Walter left a second message which listed any number of things such as an egg laying hen, explaining that eggs would not keep in the punishing heat of the fossil sea. Poke from her corner shouted the hen would need dry corn, a request Walter conveyed. The hen would need water, too, as would we for the camp’s one faucet was barely functional. We placed our cooking pot beneath it and waited as Walter recounted a time when he had subsisted on mash, a protracted cleanse that left him clear-headed and deft. His digestion had profited, the quality of his stool; his skin had cleared. Polly and Poke vowed to eat mash and only mash for the duration of the retreat. And they proved eager to master the various postures Walter had learned during his many years in Rangaroon when he had been Executive Secretary to a hermit whose back he scratched with a serrated stick much like a large comb. This life had prolonged his own as Walter was well into his tenth decade. In the shade of the latrine, Polly and Poke told anyone who would listen that Walter could balance a frozen pork chop on the tip of his prick for minutes at a time.

Such amusements aggravated my mood. I had come for the lights, but I had also come for something bigger. As if reading my soul, Water held up a bowl of mash and said, “Transformation begins with grains. It is so, has always been so, and so it will always be.”

“So it is!” The others were eager to agree, “So it is!” At once of common accord, “So it is” became our mantra, a thing we said in gratitude for our redundant bowls of mash, whenever someone broke down in tears, and as we passed one another on the way to the latrine.

That night the lights appeared as they had the night before, unaccountably dim yet seemingly far closer than the stars. Poke suggested that if as some believed (and their photographs liberally frassed the fliers) the lights were a form of alien intelligence, disencumbered of corporeal impediments, we needed to prepare for the encounter. Walter, old enough to recall with wistfulness the age of coffee colonics, regaled the twins with details dismaying to a number of our little community. But they kept their peace as specified in the agreement we had all signed prior to entering the van beneath Maury’s watchful eye and a sun brought to a boil. We had agreed to remain civil at all times, to be attentive to whatever a member of our group valued enough to share, to, in case of argument, swiftly compromise and humor whoever got out of bed on the wrong side; to accept any and all dietary preference and cultural customs no matter how peculiar; not to question religious and sexual inclinations, phobias and expectations, to never let fly a sarcastic remark, be seen to smirk or sigh, to, above all, never laugh nervously at another’s certitudes or to presume to offer “proof”—be it historical or scientific—in an attempt to sway another ideologically, as this demonstrated an inflated sense of self; to empty the bowel and mind, to, at the end of our quest, leave the fossil sea as empty as a voided bladder, and to learn by heart the precepts of Maury’s book, his One Book, and the quintessence of his thought upon all matters big and small, a book with pages the color and dimension of sliced processed cheese bound in a soft pink paper and titled: The Path Away From Awareness. As it turned out, Maury and Walter had known one another for decades, had literally bumped into one another in Rangaroon, that most ancient city of the Whazzatt Urd, its streets paved with the skull caps of infidels. It was in Rangaroon that Walter and Maury had first learned of the risks of gluten, and Walter’s exhaustive study, along with the description of those skulls, were the very things that had fascinated Poke and Polly, and many others besides, so that they had left everything they had been in the middle of, to sign on, pack their flip flops, floss and hairspray and climb into Maury’s old battered van.

As the conversation yeasted, I realized with no little concern that I had not read Maury’s book—although I had checked the box saying so. I had only wanted to see the lights, the lights about which I had heard so much. Besides, Maury’s book looked a lot like books I had seen in small gritty piles on street corners, policed by bald-headed girls smelling of onions and dressed in paisleyed rags, books that had been pushed upon me on those dopey Sundays when I had been lonely enough to open the front door, only to find myself face to face with a famished fifteen year old clutching her materials to her heart; the flyers, the little books scorching with terrifying tales of disabilities caused by gluten: stupefying digestive emergencies, Byzantine bouts of temper, hair-raising crimes committed by unchaste infidels twisted out of shape by sandwiches and breakfast bagels. These books insisted upon prodigious intestinal propriety, and Dr. Wizencracker’s bi-monthly holographic colonoscopies—procedures (I realized too late!) prerequisite for entering into a state of amplified receptivity, essential if one was to tune in and stay tuned (Maury) to the lights. With a shudder I recalled Poke’s whispered threat when, attempting levity, I suggested the dim the lights reflected the meagre expectations of dim wits. Poke herself had bent the rules when she seared my ear drum with the words: snot locker. It is now clear that if I had come to see the lights, I should have first read Maury’s book. 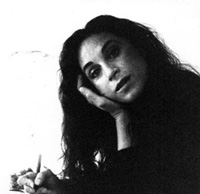