Inviting an unfamiliar writer into my reading and thinking life is often a strenuous and precarious enterprise, filled with prejudices, assumptions, resistances, curiosities, and, the older I get, various aesthetic and life exhaustions. This has always been so. At nineteen, I worshipped a narrow pantheon: a Doctor, a Prophet, and a Mad Girl. By my senior year in college, Williams, Blake, and Plath were joined by a revelation of poets from Eastern Europe: Popa, Holub, Herbert, Simic. I didn’t know it then, but I was being introduced to contemporary poetry largely by men whose own revelatory experiences had come via Bly and the Deep Image school. No one taught me a serious lick of Lowell; I knew him mainly as the guy who wrote the forward to Ariel. And besides, why would I, a young woman at a hippie/groovy school in Southern California in 1987, want to read a book called For the Union Dead? I had “Lady Lazarus” and “The Little Box” to amaze and confound me.

I had arrived at Pitzer College in 1984 with a natural ear for poetry, but soon embarked on a prolonged Modernist tear: image, image, image. I associated poetic music with the evils of rhyme and the tortures of class exercises in meter (Professor Robert Mezey, Pomona College, fall 1986). Thus I remained, metrically deaf and musically unconscious, until I reached my thirties and an arising life in teaching demanded I learn what I did not know. Helen Vendler’s Poems, Poets, Poetry and Ellen Bryant Voigt’s formidable lectures on syntax at Warren Wilson College bookended ten years of apprenticeship in the rigors, beauties, and complexities of what makes contemporary poetry sing. All of which is to say: I was surprised to find, in my forties, an unflagging happiness anytime I read aloud the first two lines of Robert Lowell’s “Skunk Hour”:

The trochaic press of Island, hermit, heiress, Spartan, cottage; the strange sonic mirror of hermit/winter; the ingenious slant rhyme of Nautilus/heiress; the cagey way the silent but present h in heiress harmonizes with both the i in Island and the h in hermit: these are distinct pleasures for the late-blooming, full-on, raging prosody geek in me. Once I could hear Lowell, I could see Lowell; he was a mean maker of image, too, as of course everyone but me had known: “Everywhere, / giant finned cars nose forward like fish” and “your old-fashioned tirade /…/ breaks like the Atlantic Ocean on my head.” Not to mention encountering, in poems like “Waking in the Blue” and “Eye and Tooth,” the tonal and psychological affinities that Plath alone had earliest offered me. Ah youthful folly! Lowell saw a lot of that too. He didn’t write the forward to that Mad Girl’s book for nothing. 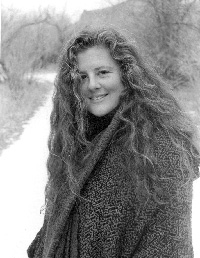 Dana Levin is the author of three books with Copper Canyon Press: In the Surgical Theatre, Wedding Day, and Sky Burial, which was noted for 2011 year-end honors by The New Yorker, The San Francisco Chronicle, Library Journal, and Coldfront. A recipient of fellowships from the Rona Jaffe, Whiting, and Guggenheim Foundations, Levin chairs the Creative Writing and Literature Department at Santa Fe University of Art and Design. Her poetry and essays have appeared in many anthologies and magazines, including The American Poetry Review, AGNI, Poetry, and The Paris Review. She is a contributing editor of AGNI. (updated 4/2013)