Your question to Wen Stephenson [at the beginning of “Re: No Subject” (AGNI 58)] forces me for the first time to consider my “generation,” the last Gen Xers of the late seventies—specifically, my peers, the then-babes of 1977. As for generation and perception, this seems as good a place as any to speak from. Although the Gen X domain may end according to some as early as ’75 or as late as ’81, there is no clear demographical determiner like that which the baby-boomers had, no made-to-order political leanings or homogeneous worldviews we were told we shared when we weren’t yet old enough to drive. Thus, ’77 seems as good a vantage point as any, especially when I consider the particular history I have lived.

Although the prospect of answering the question of what literary voice speaks in our name is befuddling (and perhaps premature in our case), this question of Who We Are is something I had never considered, and, as I came to realize, is a clear symptom of my generation’s identity. I wonder if that is the first step in the search for a voice.

But let me better explain the group I am calling my own—the rear-guard of Gen X staring from our disinterested summit across the badlands occupied by Gen Y….Well, not quite; the more I tried to define us in opposition to Gen Y, the more I realized the children of ’77 bridge the gulf, a cusp-generation having the faults of both and (perhaps) missing the blessings of either. We continued Gen X’s interest in ourselves, missing every opportunity to view ourselves in a larger context, but we also recall most of our lives in terms of successful advertising campaigns—as go the Gen Yers. While Gen X had made a name for itself as the apathetic generation, we (the ’77ers) tried to one-up them in this regard, viewing the previous generation of the seventies as simply too earnest for our social circles. We looked to younger friends who preferred our lackadaisical guidance in the world of fashion and music over our elders. Unlike Gen Y, though, we could not share their enthusiasm and optimism—for anything. But we still turned to them because they shared the peculiar circumstances of our development.

My generation rode History (the American version). Progress was inevitable, surprising, and always positive. Here is a quick reminder of what we’ve seen: as children, we were told the Soviets could bomb us and destroy the planet by pressing a button. (Keep in mind that, like the Gen Yers, the first president we remember was Reagan.) As we entered the first stages of adolescence, the Wall fell (a good symbol of our new hormonal determination). The recession that depressed our parents and hollowed out the factory towns near us seemed to disappear overnight. The first war we could remember, Desert Storm (a blip on our radar), got rid of some tyranny or other and proved our country was the best. Bill Clinton was elected (the first time without our help) and the economy, which suddenly mattered in our appetite for CDs and Nintendo games, pushed ahead at full-throttle.

When we graduated from high school, the Internet, promised to us in grade school, was up and running and welcomed us to college. As we left college, the economy had a couple of amazing years left. Some of us made and lost a lot of money, but the people who did most of this were the “earnest” Gen Xers who dared expend their energy. We had better video games, and suddenly cell phones were no longer just a good idea. The world was changing hand in hand with us. And for those who went on to a two-year Masters program (not because we wanted to, but because there was nothing else to do) left school in 2001—in time for the ride to abruptly halt.

Those were the good old days, at least for us middle-class kids, but now we would have to try like everyone before us, like the Gen Xers did in their dot-com craze, like our parents did in the final days of long hair and peace signs. Don’t get me wrong, this natural progress timed to our comings of age didn’t instill us with faith in humanity or goodness in the world; those beliefs could be left to our predecessors and followers. It was natural progress, or better—a secular predestination. No further introspection was necessary, until now—until we had to know who we are, what to push against in our efforts to DO something, BE something.

I first considered my cusp-generational problems when I married an elder Gen Xer, though I don’t think she would approve of either label. For the first time, I saw someone who read the newspaper, emailed the networks about their poor news coverage of an injustice in our world—a person who used the word “injustice” and didn’t smirk. She even gave a little money to good causes. I told her she was emblematic of her “earnest” generation, and we had a good argument. She’s been my guide in my stepping down off of the History ride, a difficult venture since marriage even seemed a betrayal of my generation’s values.

In fact, Time seems to be on hold in these early years of the new millennium, as if my generation had willed it to a crawl while we figure things out. I like to think we aren’t just copping out, turning off the news and turning on our latest entertainment gadget, trying to drown out the world’s din, its calling to us finally to be accountable. I’d like to think this is a period of what Robert Graves describes in the writer as “proleptic thought,” but on a generational plane. In these trances, as Graves fashioned them, time around the writer seems to slow down while he looks into the future or past (analeptic) to cull his materials and produce his work. Only after he has finished does he realize what has transpired, what time has really passed. I’d like to think my generation is writing itself right now.

But this was the long way around of telling you that we don’t have “a voice that ‘gets’ our generation.” We’re only now starting to learn how to read. But to grasp at straws, to put these strings together for a moment, I would say the voice my generation will turn to will not seem to try to reach us at all. While we need a truthful voice, we would shy away from anyone who seemed to wear a mask of good-intentioned earnestness. We wouldn’t believe them. To us, “earnestness,” like “sincerity,” belongs in the jargon of advertisers. And it isn’t a loud oracular voice either—one whose proclamations could be mistaken for sound-bites. In the meantime, I’d like to suggest that my generation turn to the Eastern Europeans who are much older than we are—such as Czeslaw Milosz, Adam Zagajewski, Zbigniew Herbert—and have been through an actual deluge, identities clear, in some cases literally branded. Take this final stanza from Zagajewski’s poem “Elegy” in Mysticism for Beginners (translated by Clare Cavanagh):

It was a black landscape, only the mountains were blue
and a rainbow sloped. There were no promises, no hopes,
but we lived there, and not as strangers.
It was the life we’d been given.
It was patience, glacier-pale.
It was fear full of guilt. Courage
full of anxiety. Anxiety filled with power.

Zagajewski does not expend any extra energy. He goes straight for meaning, but still seems to accidentally arrive at truth, as if the bones of this poetry were aligned, built on their own magnetic compasses, born of itself. The poet is the vessel. Although not our landscape, this should appeal to my generation.

But while our nascent consciousness could be nurtured by these amazing poets, “our” voice will still be slowly forming. We are not a generation of prodigies. Knowing my generation of ’77 as I’ve defined it above, I don’t think our voice, our poet, will try to accomplish much at all, but by proxy will become our forward-guard. The poet will not try to round up the whole country, the whole generation in her oeuvre, but will write of and from a small region, a backwater community or borough. No Whitmans for us, we need a Dickinson.

Give us two decades, maybe three, and the answer to your question will be obvious. 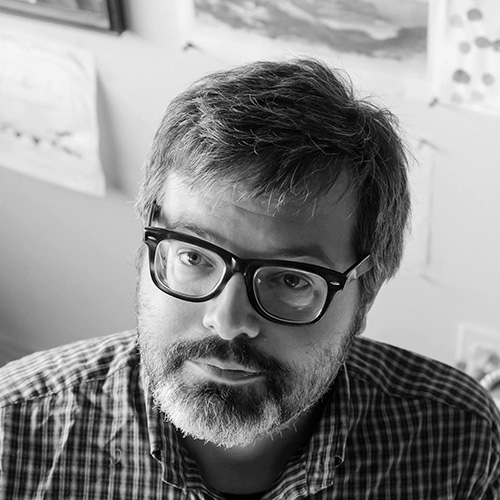 Jacob Strautmann’s first poetry collection, The Land of the Dead is Open for Business, is forthcoming from Four Way Books in spring 2020. His poems have appeared in Appalachian Heritage, The Harlequin, AGNI, Quiddity, and elsewhere. Recipient of a 2018 Massachusetts Cultural Council fellowship, Strautmann is a contributing editor of Salamander and the managing director of Boston Playwrights’ Theatre at Boston University. (updated 10/2018)