Looking back now at the poem of national and self-disgust that Aleksandr Eremenko wrote when Russia ended its ten-year military intervention in Afghanistan, it occurs to me that if we simply shuffled and replaced Russian names with the names of Americans, we’d have another “timely” poem. We’d need to include the prosecutors of our war, General David McKiernan and Secretary of Defense Donald Rumsfeld, for instance. And we’d want to mention Barbara Lee, the California senator who cast the single “no” vote on congressional authorization for the U.S. war. We’re on her side now (right)?

But Eremenko is criticizing himself as well as the war. Why didn’t he write poems of protest earlier? Why strike a self-righteous stance when the war is over?

The U.S. was in Afghanistan for twice as long as the Russians. More than three-quarters of a million troops were deployed there in order, we averred, to bring Afghans the kind of freedoms that U.S. citizens have (if they are white). On the way to delivering those freedoms, we changed laws to authorize preemptive military attacks, extensive drone strikes, and interrogative torture techniques. Between 2001 and 2021, more than 241,000 people were killed in the Afghanistan and Pakistan war zones, some 71,000 of them civilians. 71,000 civilians! We deserted many of our translators and collaborators; we departed a country still choked with landmines and unexploded ordnance.

And where was my voice when botched U.S. drone strikes killed children—even as recently as September 2021? What was I thinking all those years ago when I chose to co-translate Eremenko’s poem? I must have told myself I wasn’t complicit.

Now his poem haunts me. It’s like an infection I’ve caught. With what kind of self-regard do we stand behind our words, the poet Aleksandr Eremenko asks by implication, when our words are too few and far too late? 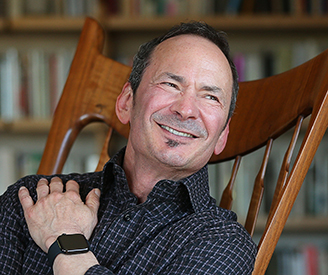