When I was an undergrad, I wrote a series of poems in which an alcoholic father (“a migraine in short sleeves” I called him) kept appearing. One day, my creative writing professor delicately asked if I wanted to discuss my home life, and I wasn’t sure what to say. My dad never drank, though there were many alcoholics in his family. (I now understand his sobriety as a response to his surroundings.) Shamed by her question, I squirmed in my seat. Who was this drunk I made up, wandering through my poems? And what entitled me to claim him? I wanted to cross him out with my pen.

I now teach my own creative writing course spanning three genres: non-fiction, fiction and poetry. Invariably, poetry proves the hardest to define; it plays by a different set of rules, while seemingly breaking all of them. But if the formal conventions of poems can be tough to untangle, just as challenging is poetry’s relationship to lived experience. Non-fiction and fiction announce themselves on a basic level: the first is what happened; the second is what didn’t. So where does poetry stand, my students ask. Is it true or false?

Wallace Stevens points us to a possible answer: “The poem is the cry of its occasion,” he wrote, suggesting that poetry is a visceral response to an experience, rather than a faithful retelling of what has taken place. Keats laid the groundwork for this thinking when, roughly a century earlier, he declared that “what the imagination seizes as beauty must be true.” Equating beauty and truth, Keats is interested in something beyond factual accuracy. The measure of poetry, he implies, is whether it makes its own truth.

This standard might hold for Romantic or Modernist poetry, but what about poems of today, particularly those belonging to a narrative tradition? As any responsible reader knows, a poem’s speaker shouldn’t be confused for its author; it’s important that we grant poets creative license to assume new personas in their writing. And yet, when it comes to some of contemporary poetry’s most compelling storytellers, doesn’t biography inform how we receive their work? How would we read Edward Hirsch’s Gabriel, an elegy for his adopted son, if it turned out Gabriel had never existed? Or Natalie Diaz’s When My Brother Was An Aztec, had there been no brother? Wouldn’t we have grounds to feel betrayed?

Published in 2013, Brian Russell’s poetry collection, The Year of What Now, brings these questions into sharp relief. Addressed to a terminally-ill beloved, Russell’s poems are superbly-crafted expressions of grief. Convincing in their emotional sincerity, they are, perhaps, victims of their own craftsmanship; a reader, after learning that the book presents a fictional account, could easily feel duped. In a review titled “Brian Russell’s year of living dangerously,” Los Angeles Times book critic David L. Ulin calls Russell’s project a “gutsy move” for how it puts forward a false confessional. Explaining his reaction, Ulin lays bare his own assumptions about poetry, commenting that he’s “been conditioned to think of [poems] as snapshots, little memory slices, images taken, for the most part, whole from life.”

The most interesting part of Ulin’s quote is “for the most part.” As poetry readers, which details should we accept as made-up? (The color of autumn leaves? Sure. The cancer-stricken wife? Maybe not.) And what verification system might we use to check each line against a poet’s life? Wouldn’t it be better to permit the poet’s imagination to roam freely? In an interview, Russell advocates for his poems by insisting on the open possibilities of the genre: “I’m unwilling to accept the autobiographical “I” as the _only _option for poetry.” He also states the overall intention behind his work, while giving a nod to biography: “The single most important objective I had… was to present an emotionally honest and unsentimental depiction of how serious illness impacts our lives. It is an issue that has impacted my family and me very deeply, even if not in the exact scenario the book presents.” I appreciate his forthright answer. Though it begs the question: what if there hadn’t been any personal connection for Russell? In that case, would his book have crossed the line?

Tom Sleigh, who selected Russell’s manuscript for publication, authors the book’s introduction; with its anaphora and unyielding tone, it reads a bit like a defense attorney’s opening statement: “The Year of What Now is not a book of poems about cancer. It’s not a book that wears its heart on its sleeve. It doesn’t parade the autobiographical in your face, though the conventions seem at first to be autobiography.” In an attempt to head off potential criticisms, Sleigh aims to make sure that “unwary readers won’t simply skate along on the surface of the story of a woman’s illness. [He] want[s] to forestall the simple-minded response that the reader has to cut the poet slack because his wife is dying.” Fair enough, though I’m not sure why investing emotionally in “the story of a woman’s illness” is necessarily a less sophisticated response; if anything, it seems a deeply human one. I support Sleigh’s decision to champion these fine poems for their lack of sentimentality, though his sneering at autobiography doesn’t persuade me. It’s one thing to argue that poems can be great without being grounded in lived experience; it’s another to argue that they’re better for it.

When teaching, I urge my students to follow Grace Paley’s advice: write from what you know into what you don’t know. Personal experience is a powerful starting point, but it shouldn’t limit where a piece of writing can go. At the same time, it’s essential to proceed thoughtfully into that unknown, particularly when straying farther from one’s own frame of reference. Even in a well-intentioned effort to empathize, a writer risks doing harm, either because of clumsy writing or careless appropriation (or both). Every lie has an origin; it stems from someone else’s truth. 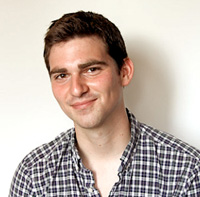 Ben Purkert’s debut novel, The Men Can’t Be Saved, is forthcoming from Abrams/Overlook in 2023. His poetry collection, For the Love of Endings (Four Way Books, 2018), was named one of The Adroit Journal’s Best Poetry Books of the Year. His writing appears in The New Yorker, The Nation, Tin House, Poetry, Kenyon Review, and elsewhere. He teaches at Rutgers University. (updated 10/2022)