In Meghan McCain’s eulogy for her father on the first of September, she mentioned that he’d memorized a poem he learned while a prisoner of war in Hoa Lo prison, Vietnam, also derisively called the “Hanoi Hilton.” Apparently, a fellow prisoner had “rapped it out in code” for McCain, and in this way he learned the poem by heart. I’d heard of the author, Robert W. Service, but not the work itself, “The Cremation of Sam McGee,” a rollicking, gothic echo-chamber of a work that makes you feel simultaneously disconsolate and pleased that the beginnings of American verse trail ineluctably through Poe. “The Cremation of Sam McGee” has an ungainly rhythm that includes seven accented syllables per line, occasionally going aground with arrhythmia. Its dark humor, though, strikes you as exactly the poem John McCain would choose to regale people—even, apparently, his wife-to-be when he was courting her, as Meghan recounted.

In John McCain’s own words, one interchange of such code rapping started when he gave the “shave and a haircut” greeting to the person in the next cell, after which McCain “started tapping out the alphabet—one tap for ‘a,’ two for ‘b,’ and so on.” Imagine wanting a poem badly enough to sit through such transliteration, letter by letter, as the prisoner communicated to him the long heptameter ballad, “The Cremation.” How odd to have such a tappity poem transmitted in a rapping code, the double paradiddles underpinning your “reading” of it as you sit in solitary confinement.

But my main purpose here isn’t to write about John McCain, though I know a lot of us have surprised ourselves recently by realizing a larger sense of loss than we anticipated. Nor is my purpose to write about poor, hapless Sam McGee. What I want is to praise the pragmatism—the utility—of poetry.

A type of ingenuity that remains relatively unlauded, poetry as utility becomes clear by way of its connection with beat, however insistent or subtle the rhythm. Even in a gruesome place, the arts restore uplift, steel camaraderie, buoy fellow feeling, encourage cross-identification, and enliven us to see the creative light in each other. These are survival skills. McCain learned “The Cremation of Sam McGee” for the most important audience in the world: himself, and his fellow POWs as they all attended to their own and each other’s sustenance. They worked to keep the sense of innovation intact and their creative souls whole, because that’s what creativity sways one to do.

The utility of poetry arrives at a crux at which we register fully that verse is a basic human need—a need I’m convinced encodes us as humans. It delivers us.

Poetry rattles necessary meters through our bones, teaching us to feel and think at the same time, as Muriel Rukeyser describes in her apt phrase, “the truth of feeling.” The truth of feeling marries two forces seemingly at the antipodes into a strong union we might refer to, for lack of a better term, as the ability to “feel/think.” To encounter a poem is to flag humanness, to breathe—as respiration, inspiration—and to find the live crossing between emotion and thought.

To speak only from feeling is dangerous—feeling alone gives way to conspiracy theories and sentimentality, for example. To speak only from thought is differently dangerous, resulting in corporate greed and institutional abuse, for example. Poetry relies upon the interlacing of the two. A cluster of words without this entwining will disintegrate before it can be said, before it can be a poem.

From the moment a baby is born, poetry, our birthright, curls a thin song in the aorta, and threads its fine connecting lines to the brain, and around again to the heart. Poems arise from such delicate wiring. Strength and resolve arise from this redoubled resource.

The wiring together of feeling and thinking attunes us—you might even say tunes us—to the only viable way to live when in extremis, as do prisoners, of course, but as we do right now, to a less extreme extent, as across the globe we are fighting political oppression. It tunes us to the most viable way to live in a treacherous era.

I suppose this little essay is another defense of poetry, though not one that starts from “I, too, dislike it,” as in the recent and astute argument of Ben Lerner, but instead that starts from “A Noiseless Patient Spider” who from a point of isolation flings filament after filament into the “vacant vast surrounding.” Though Whitman’s speaker seems not to be granted immediate connection, he or she still believes the “thread” will “catch,” just as a prisoner keeps tapping code on a wall until the listener holds a cup up to his ear on the other side of the wall. The search for rhythmic partnership delivered through rarified vibration creates inceptive, authentic connections. Even in solitary confinement. 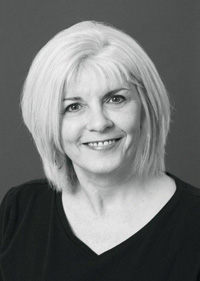 Daneen Wardrop is the author of three poetry collections: The Odds of Being, Cyclorama, and Life as It, which received the 2017 Independent Publisher Book Award. A fourth collection, Silk Road, will appear later this year. She has also published three books of literary criticism, including Emily Dickinson and the Labor of Clothing (New Hampshire, 2009).  She has received, among other honors, a National Endowment for the Arts Fellowship and the Robert H. Winner Award from the Poetry Society of America. Her poetry has appeared in The Virginia Quarterly Review, AGNI, TriQuarterly, FIELD, The Antioch Review, Crazyhorse, Kenyon Review, Michigan Quarterly Review, North American Review and elsewhere. (updated 4/2018)