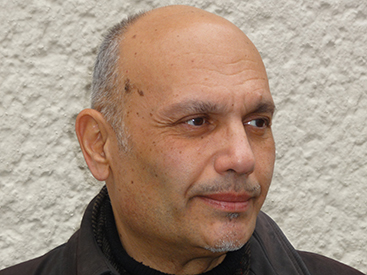 Zafer Şenocak, who was born in Turkey and moved to Germany as a child, writes on diversity in Germany, migration and exile, the Turkish diaspora, and the small distances and great fears of a globalizing Europe. His publications include poetry in German and Turkish, novels, and long essays. He is a frequent contributor to nationwide German newspapers such as Tageszeitung, Tagesspiegel, and Die Welt. A volume of his German-language poems appeared in English translation as Door Languages (Zephyr Press, 2008; trans. Elizabeth Oehlkers-Wright), and a collection of essays, Atlas of a Tropical Germany, was edited and translated by Leslie A. Adelson (University of Nebraska Press, 2000). He lives in Berlin, where he works as a freelance writer. (updated 10/2021)