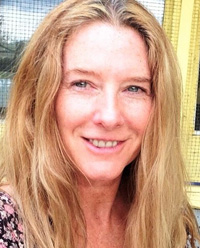 Kathleen Winter’s second book, I will not kick my friends, won the 2017 Elixir Poetry Prize. Her debut collection, Nostalgia for the Criminal Past, won the 2013 Texas Institute of Letters first book award. She was the fall 2015 Dobie Paisano Fellow, selected by the University of Texas at Austin and Texas Institute of Letters. Her poems have appeared or are forthcoming in Tin House, The New Republic, The Yale Review, Prairie Schooner, and Gulf Coast. She lives in Sonoma County, California. (updated 4/2017)