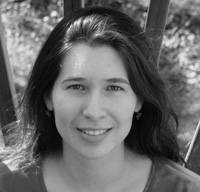 Idra Novey is an American poet and translator. Her first book of poems, The Next Country, received the Kinereth Gensler Award from Alice James Books and was included in Virginia Quarterly Review‘s list of Best Poetry Books of 2008. She’s received awards from the Poetry Society of America, the National Endowment for the Arts, Poets & Writers Magazine, and the PEN Translation Fund. Her most recent translations include a volume of poems by Brazilian poet Manoel de Barros, Birds for a Demolition, and Viscount Lazcano Tegui’s Argentinean cult-classic novel On Elegance While Sleeping. She teaches in the MFA Program at Columbia University and at NYU. (updated 11/2010)