Kafka, when reading his work out loud, would lose himself (it is said) in laughter, and his audiences reacted in kind. It’s true that his stories can be humorous, but who would find “In the Penal Colony,” to take an extreme example, mainly funny? What would Kafkaesque tales whose comic elements consistently outweigh the disturbing ones look like? They might resemble those in Adam Ehrlich Sachs’s first book, Inherited Disorders (Regan Arts, 2016).

Consider “The Nature Poet,” which opens this story collection. The eponymous poet, son of a Nazi officer, is interested in writing only about mountains, creeks, and ferns, but reviewers insist the poems are really oblique “reckonings” with his father’s murder of 150 Hungarian Jews. “The total absence in the poet’s poems of people, history, politics, fathers, et cetera” is taken “as a sign that they were actually the poet’s primary concerns, the unspeakable void at the center of his ferns.” After four volumes, the initially positive critics turn against the poet, tired of “the highly circumscribed nature of his interests,…how one generation’s crimes burden the next.” The narrator says of the poet that, “in truth, he had no interest in his father, really no interest in the past at all.” The poet is silent for decades, at work on a magnum opus:

Since every description of a fern had been interpreted as an oblique meditation on his father’s crimes, he would write an epic poem about his father’s brutal crimes that was actually, obliquely, a description of a single fern….He wanted the reader to think to himself: “I just read about the Holocaust. Why am I picturing this fern? What is the matter with me?” Such was the literary effect he was aiming for. When he told his wife his idea, she left him.

The tale ends with the poet dying on the eve of publication: “He would have treasured this morning’s brief review in Die Zeit, which simply calls The Kistelek Massacre ‘an elegant evocation of a fern.’”

The subtitle of Inherited Disorders—Stories, Parables, and Problems—suggests its somewhat experimental form: 117 tales, many only a page or even paragraph in length, of fathers, sons, and their fraught relationships. In “Disagreement,” for instance, a father and son are so different in sensibility that their extensive libraries overlap in only one book, the “memoirs and maxims of a nineteenth-century German polymath.” Studying the marginalia of their respective copies, the son finds that their notes exactly disagree: “Wherever the son had put Very clever little argument!” for example, “his father had written This sort of thinking led directly to the Holocaust,” and vice-versa. Like Gary Shteyngart, Elif Batuman, and Donald Antrim, Sachs’s sense of the absurd comprises two parts comedy, one part pathos. He wears the lineage of Jewish humor on his sleeve and is not, as you will already have noticed, afraid to make even Holocaust jokes. Inherited Disorders is deeply thought-provoking, masterfully wrought in its precise language and timing, and—most of all—funny.

Many of the tales in Inherited Disorders exhibit a heightening-to-absurdity logic akin to Steven Millhauser’s—things start simply, but get ever stranger. But Sachs does not operate in Millhauser’s distinctive first-person plural; he has a tone all his own, steering not toward wonder and sublimity but toward absurd reversal, with enough variety and misdirection to keep the reader off-balance. In one of the collection’s most spit-take-surprising of swings, “Progress” tells of a physicist’s son who builds an “apparatus intended to produce evidence to support his father’s controversial theory of matter.” The apparatus, however, does the opposite, and the son is torn about whether he should reveal or suppress his findings:

Then, just as his torment reached a point of unparalleled intensity and he lifted [an] axe high above his head, intending either to bring it down upon the apparatus (thereby preserving his father) or to fling it away from him (thereby destroying his father), he realized, all of a sudden and completely unexpectedly, that the so-called supercooled detector plate, which was actually a relatively minor component of the apparatus, could also, presumably, be used, with the proper adjustments, to rapidly freeze meats.

Some sons remain in the thrall of their fathers, and others break free; some come to ironic fates, and others reverse them. In Sachs’s world, others yet transmute their inheritances into a “frozen-beef export empire.”

Sachs’s second book and first novel, The Organs of Sense (FSG, 2019), centers on the seventeenth-century philosopher Leibniz. In the novel’s fictionalization of his life, Leibniz travels across Europe to investigate a blind astronomer, who in 1666 predicts an eclipse when no one else does:

Leibniz set out from Leipzig to Bohemia—first by carriage, down sun-dappled forest lanes, then, upon reaching the foothills, by horse, past the black mouths of salt mines, and finally, in the high mountains, by foot, along muddy paths forged by goats, over passes still deep in snow, a journey it would be all but impossible to imagine him making in his big curly wig and expensive silk stockings if we did not have this textual evidence that he indeed made it, although the absurd image of the Leibnizian wig poking through a snowdrift, or Leibniz himself stepping around a goat, has been sufficient in some quarters to cast doubt on the authenticity of the whole document.

The novel is presented as a write-up of Leibniz’s “account sent to the Philosophical Transactions but for some reason never published there, or anywhere else,” of his examination of the blind astronomer. As with postmodernists like Thomas Pynchon and Ishmael Reed, reading Sachs’s purposeful pseudo-history creates the destabilized feeling of being uncertain, amid the broader fictionalization, which bits are factual. Unlike those authors, however, Sachs is not intent on thereby throwing our sense of accepted history and purported conspiracy into question. Like Pynchon and Reed, he traffics in the many comic possibilities running right up to, and sometimes past, the line of anachronism.

The Organs of Sense, like Inherited Disorders, is full of philosophical comedy, often in the vein of that most famous send-up of Leibniz, Voltaire’s Candide. The novel takes place against the background of debates in early modern philosophy about whether knowledge is acquired primarily through the senses, as empiricists like Locke and Hume believed, or through reason, as rationalists like Spinoza and Leibniz did—whether the organs of sense of Sachs’s title are eyes or minds. The young Leibniz of Sachs’s novel exists in a moment of uncharacteristic uncertainty; “the sole significant intellectual crisis of a philosophical career otherwise dominated by the sanguine rationalism for which it is now known.” Indeed, by the absurd logic of the novel, this uncertainty is exactly why the possibility of a blind astronomer so interests him. If this man can predict an eclipse where sighted astronomers cannot, it would reveal “the human mind in an intimate embrace with the world, and the human eye in a state of disgrace.”

Among the novel’s specific comic targets is the attempt by Leibniz and other rationalists to apply syllogistic thinking to the messiness of life: “If the eclipse does occur we can deduce that he is actually an astronomer and actually sane, but if the eclipse fails to occur we can deduce nothing at all—not that he is not an astronomer, not that he is a fraud, not that he is not sane: nothing!…It is straightforward to prove that someone is an astronomer, or is sane, but how do you prove that someone is not an astronomer, or is _in_sane?” The novel also operates against the background of Descartes’ Meditations (said, in Sachs’s novel, to have in part produced Leibniz’s crisis) and asks whether one can be certain of anything beyond one’s own thinking:

The comedy and pathos of never knowing for certain what someone else (especially one’s father or son) is thinking and feeling emerges, across both books, as one of Sachs’s great themes.

In his Poetics, Aristotle was critical of tragedies based on possible but implausible events. His account of comedy, though, has been lost to time. In interviews, Sachs cites Wittgenstein on comedy instead: “Never stay up on the barren heights of cleverness, but come down into the green valleys of silliness.” The Organs of Sense frequently contrasts Leibniz’s willingness to dabble in unlikely thoughts with Descartes’ methodological recommendation that even the merely doubtful should be dismissed as false. Sachs’s comedy turns on the exploration of the doubtful and absurd, varieties of the possible but implausible that, because they’re so surprising, are funny.

The Organs of Sense initially appears to use Leibniz’s visit to Bohemia as a pretext for a series of comic anecdotes, organized not as a picaresque journey through this best of all possible worlds but as a frame-tale of stories within stories that defer an explanation of how the astronomer lost his eyes and whether the eclipse actually happens. This deferral creates suspense as the novel delves instead into the invention of the telescope and the crafting of ever-longer “tubes” (as the astronomer prefers to call them), the creation of a “marvelous self-moving art head,” and accounts of an infinitely iterative song about cutting up a pig, the search for a certain glockenspiel, a vacuum tested on songbirds, and many other oddities.

Though the novel’s connections at first appear thin, a plot develops. True, one might imagine that numerous bits (viz., episodes featuring fathers and sons) are leftovers from Inherited Disorders. Even if so, the lengthier mode of the novel allows Sachs to deepen both the comedy and pathos of his storytelling. I won’t spoil the denouement, but the threads do all come together: the blind astronomer’s fate in one sense monadic, as part of a closed world, in another sense dyadic, as part (of course) of a father-son relation.

If you’re starting to worry that Sachs’s interests, like his nature poet’s, are “highly circumscribed”—does he have “anything else to write about, anything besides his father’s wartime crimes”?—he’s well ahead of you, having already satirized himself on this point in “Four Episodes in the Life of Einstein’s Mother” (Paris Review Daily) and “Six Tales About Fathers and Sons that Do Not Feature Fathers and Sons” (Lit Hub). In The Organs of Sense he breaks important new ground by featuring a number of daughters. Hired to tutor the Emperor’s son, for example, the astronomer finds his daughter a much more able student, and their fates becomes complexly intertwined. Already in Inherited Disorders, amid many other related knowing jokes, Sachs includes “Find and Replace,” which begins: “The author of a book of anecdotes or jokes about his father—not this book—got a phone call from him just minutes before he planned to send the book to an agent. The phone call was so pleasant, so unusually effortless and intimate, that the author had second thoughts about his whole project, on which he’d spent years.” He hurriedly Shift-Command-H find-and-replaces “father” with “mother,” “dad” with “mom,” throughout the manuscript and sends it off. You’ll have to read the book yourself to discover the unexpected, but expectedly comic, result—and read you should. Despite prominent initial placement of some of his stories in The New Yorker, n+1, and Harper’s, Sachs’s books have not yet found the readers and critical attention that—in their magnificently refined sense of absurdity; in their masterful sublation of guilt, anxiety, and embarrassment into perfectly compressed tales; and in their immense humor—they deserve. 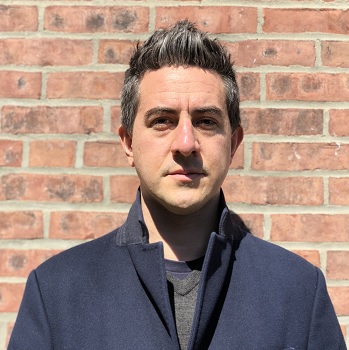 Ben Roth teaches writing and philosophy at Harvard. His polemic “Against Readability” was one of the most read essays on The Millions in 2017, and his recommendation flowchart for philosophical novels was recently featured on Open Culture and Lit Hub and has been shared thousands of times online. (updated 11/2019)