Patricia Smith’s eighth collection of poems witnesses a century’s worth of violence against black lives. As I first read Incendiary Art, in August 2017, white-nationalist rallies took over Charlottesville. The juxtaposition was destabilizing. In the months afterward, Confederate monuments were dismantled across the country, and proposals to remove more of them are being considered. With the Charlottesville violence so freshly in mind, how does the metaphoric significance of monuments translate to the representation of lives in literature: what does it mean for someone to be rendered symbol, moral concept, parable, by way of history? What does it mean to observe that transformation?

Such a formidable conversation with history can prove exhausting for the most energetic among us. Smith’s poems, however, move with life and acuity. “The city’s streets are densely shelved with rows / of salt and packaged hair” begins the first movement of the book’s title sequence, and the poem goes on to inhabit that city, lines “shelved” against a wall of blank verse with terza-rima brackets. Readers familiar with Smith’s poetry will not be disappointed: her music is as melodious as ever, her piercing language just as sharp. Smith writes a place where representation often comes in catastrophic terms, a transformation into examples of “Incendiary Art”:

to waltz to whirling sparks, but soon those hearts
thud thinner, whittled by the chomp of heat.
Outlined in chalk, men blacken, curl apart.

The music—curling like a DNA sequence, the literal thud of plosives against the sonorous equation of “art” and “heart” and “apart”—is deceptively forthright, never signaling the quiet virtuosity of Smith’s formal range.

Rather than construct statues, Smith’s poems converse, ventriloquize, and move with people, many of whom have been given their own idiosyncratic voices and concerns. Take the final couplet of the opening poem, a lyric that meditates on the photo of Emmett Till’s mutilated body printed in a 1955 issue of Jet magazine; this poem positions the photograph, and by extension Till’s life, in relation to its moral value: “You’d searched, woe climbing like river in your chest. But there were / no pictures of you anywhere. You sparked no moral. You were alive.” The poem asks: what would it mean to simply be alive rather than to understand oneself in the reflection of a lynching? For the speaker to actually find a picture of herself hanging on the wall as one would expect? The question is unanswered, impossible: the Jet photograph of Till and not an image of the lyric speaker has been made monument on the walls throughout the house and throughout the poem. Though if the collection begins with Till reduced to object, private monument, a testament to the horrors white Americans have inflicted on black Americans, the subsequent pages imagine Till regaining his humanity, his mutability. Smith’s remarkable sonnet sequence “Emmett Till: Choose Your Own Adventure” recalls the events leading to and following his murder. Each poem in this sequence dispersed throughout the collection is preceded by an epigraph that describes what actually happened to Till, the historical facts, and a hypothetical which might have prevented his murder:

Mamie Till had hoped to take her son Emmett on a vacation to visit relatives in Nebraska. Instead, he begged her to let him visit his cousins in Mississippi.

Turn to page 14 if Emmett travels to Nebraska instead of Mississippi.

If Till had travelled to Omaha instead of Money, he would have never entered Bryant’s Grocery and Meat Market, would have never been falsely accused of whistling at Carolyn Bryant, and the events that followed may not have occurred. Visualizing these potential truths, I remember that even this alternative history is flush with life-threatening violence:

The possibility for alternative histories, at first, reminds readers of Till’s discretion, his ability to learn and chuckle, but also the futility of his discretion within and without a fictionalized narrative. This proximity is made even more apparent to readers as the texture between “anecdote” and “begs for throat” is blurred, conjoined. These imagined actions see Till not exclusively as a historical figure—even with the admission that this quality will never change—but foremost as a person endlessly pursued by fatal violence.

A large portion of the collection addresses the absence bodies leave behind immediately following death. These poems are perhaps the most powerful of the collection, including a lengthy elegy—the triple sestina—for Smith’s father. It is in this mode that Smith’s music crests: the urgency and almost-abstract absence of these figures energize her lines. Here is a model from “Elegy”:

Memory may determine the speed of these longer lines—but so does panic, reacting to the violence of memory itself: the tension between is what makes this an astounding poem. A shape recalled but blurred, “light / sifted from shattered seams,” the edges of image shift as the music hurtles forward, and at once the image has changed. As if in the act of remembering father and mother, childhood, and associated spaces, there is the compulsion to turn away from those very ideas, but because of the form, the repetition, there is nowhere to turn.

More than a catalogue of grief, Incendiary Art is a book of incantation, evident in the collection’s longest and, I feel, most devastating poem, “Sagas of the Accidental Saint.” Responding to police killing black men, women, and children, real murders that occurred between 2003 to 2015, Smith gives voice to the mothers of the murdered in her “stooped and accidental saint.” In this voice, she composes an incantation, both prayer and charm. The poem cycles through variations of similar phrases and images, which is not to say shock has stifled new language. There are nine pages on which only one line appears, “The gun said: I just had an accident,” which conjures the gun’s culpability, double-crossing its own confession. Then there are isolated moments of repetition such as this:

Again, Smith effectively leaves the moment unresolved, the conceptual war and the physical battlefield, two parts of the metaphor given equal weight. Rhythmic repetition is not enough to sing an incantation: it is completed by the psychic and emotional force with which Smith recalls the dead. This quality is what unifies the collection’s distinct sections, from the scattered sonnets for Emmett Till to the fourteen murdered who are evoked in “Sagas of the Accidental Saint.” What begins as a chant from within a lyrical self quickly becomes an expression of lineage, the ways in which violence has been passed down through generations. In these poems, Smith asserts that lineage is not limited to meditations on the past but articulated through a new generation, a new incantation—and, more often than not, recognized within its capacity for suffering. “I am the grandmother who becomes / the mother of the flails, squeals and belching / my darling corpses leave behind” she writes in the same poem, and readers hear the flails, squeals, and belching within the complex and varied rhythms of her poetry.

At their best, Smith’s poems accomplish this mimesis and more. The sounds are transmitted; now the poet is in control of how these lives will be remembered, refusing the fixed narrative of statues. Filling a collection with so many lives, compact with remembering and its subsequent grief, demands from the reader a willingness to mourn along with the poet. Beside the terror of personal tragedy is collective experience; in perseverance and anticipation of further tragedy, the murdered become both effigy and guiding light:

You left us not much path, even
after your body was that brief beauteous
match. They seem to remember you
fondly. And there are unstruck matches
everywhere. 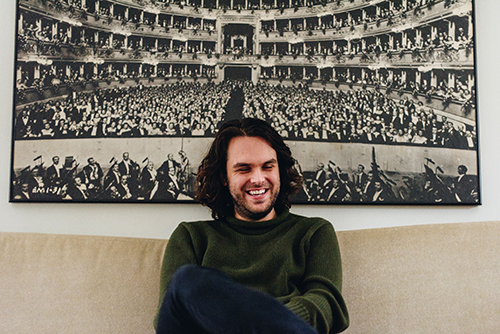 Christian Wessels is a poet from New York. He is the recipient of fellowships from Boston University and the Stadler Center for Poetry. (updated 4/2018)