Translated from the French by Ira Sadoff

Close to the rim of the water, the straight-haired coquette clears the light in her chubby eyes like lovers. She loves to show her ability smile at the mirrored surface. She spreads her fingers, her skin like an Amazon, with the force of arms. She spreads the mast of her breast at the foot of the ruins and falls asleep in the twilight of her chewed nails by the twining plants.

Paul Éluard “revealed,” with Max Ernst, Les Malheurs des immortels, from which this poem is taken.

Ira Sadoff’s first book, Settling Down, will be issued by Houghton Mifflin this spring. (1975)

Paul Éluard needs no introduction from us. (1975) 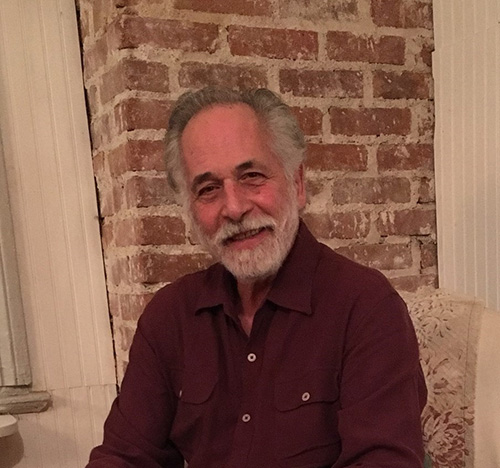 Ira Sadoff is the author of seven poetry collections, most recently True Faith (BOA Editions, 2012); a novel; a book of critical essays; and The Ira Sadoff Reader (Middlebury College Press, 1992), an anthology of stories, poems, and essays. His poems have appeared or are forthcoming in Tin House, The New Yorker, AGNI, The American Poetry Review, and elsewhere. The recipient of fellowships from the Guggenheim Foundation and the National Endowment for the Arts, he lives in Ulster County, New York. (updated 10/2018)

Sadoff’s AGNI poem “Self-Portrait with Critic” was chosen for The Best American Poetry 2002.