then the War Ministry with a profitable
_               _assignment to the riding institute manège.
_               _My chronophotographics bested Muybridge,
unmatched in halftones and fineness of detail,

Ottomar Anschütz (1846–1907) was a pioneer of photography and moving images contemporaneous with Etienne-Jules Marey and Eadweard Muybridge (both 1830–1904) and Eugène Atget (1857–1927). His meditation anticipates (and paraphrases) observations in Walter Benjamin’s “The Work of Art in the Age of Mechanical Reproduction” (1936; Harry Zohn translation), including the following:

Our taverns and our metropolitan streets, our offices and furnished rooms, our railroad stations and our factories appeared to have us locked up hopelessly. Then came the film and burst this prison-world asunder by the dynamite of the tenth of a second, so that now, in the midst of its far-flung ruins and debris, we calmly and adventurously go sailing. (p. 236)

The poem also refers to Deac Rossell, Living Pictures: The Origins of the Movies (pp. 42-3 and 45), Martin Quigley, Jr., Magic Shadows: The Story of the Origin of Motion Pictures (pp. 157-8). “Fall into alienation” and “heroic copulation” are in Susan Sontag, On Photography (p. 4, 30). 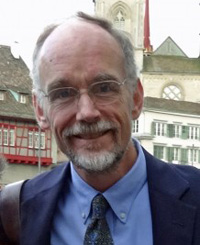 Karl Kirchwey is the author of seven books of poems, including Stumbling Blocks: Roman Poems (Northwestern University Press, 2017), Mount Lebanon (Marian Wood/Putnam, 2011), and The Happiness of This World (Putnam, 2007). His translation of Paul Verlaine’s first book of poems is Poems Under Saturn (Princeton University Press, 2011). He has also edited an anthology of poems about Rome for the Everyman’s Library Pocket Poets Series and has recently translated work by Italian poets Giorgio Vigolo (1894—983) and Giovanni Giudici (1924—2011). He is professor of English and creative writing at Boston University. (updated 10/2022)