Translated from the Latin by David Ferry

The same standards apply for raising horses,
But be sure you take exceptional pains with those
That show signs, from their earliest days, that they’ll
Be the best for stud. Right from the very first
The foal of a superior breed will be
A higher stepper than all the other foals
There are in the fields, and puts his feet
More lightly down again on the soft turf.
He’ll always be the one to lead the rest;
He’ll dare the threatening stream, he’ll try
The bridge he never tried before, he won’t
Startle or shy at an unfamiliar noise.
His neck’s erect, his clean-cut head held high,
His belly tight, and his strong back is broad,
His noble chest is packed with powerful muscle.
Chestnut or gray are best for elegance,
White or dun are the least desirable colors.
And if he hears a faraway sound of war,
He pricks up his flickering ears, he can’t stay still,
He trembles with excitement in every limb,
Breathing out pent-up fire from snorting nostrils.
And when he tosses his head his copious mane
Falls back over and on his right shoulder;
The spine along his loin is a double ridge;
His horn hoof strikes the earth with a ringing sound.
This is what Cyllarus was like that Pollux tamed,
And what those horses were like that the Greek poets
Told us about, the two yoked horses of Mars,
And great Achilles’ pair; and this is what
Saturn himself was like, his thick mane flowing
Over his shoulders as, seeing his wife, he fled,
His whinnying heard to the top of Pelion Mountain.

Yet even such a wonderful creature as this,
When either because of sickness or else because
Of the passage of the years, he begins to become
Less than he was, you put him away in a stall,
Without regard for the shame of his old age.
When the stallion gets old he’s cold in matters of love;
When he comes to that field of battle, he struggles, frustrated,
Trying to deal with his unwelcome plight;
It’s as it is when in a field of stubble
A great fire rages, and rages to no avail.
So therefore be respectful of his age
And his great heart, the deeds he has performed,
The lineage of excellence he derives from,
His grief when he experiences defeat,
His joy when he has won a victory.

You’ve seen it, how the chariots flood out
Onto the track from the starting-place, you’ve seen them,
Headlong in frenzied competition, all
The young drivers’ hearts pounding with the frantic
Hope of being the first, and chilled with the fear
Of being the last. On and on they go,
Lap after lap, the fiery wheels revolve,
The drivers flail their whips, now bending low,
Stooping over the reins, now rising up —
It looks like they’re carried flying up and out
Into the empty air — no stopping them, no rest,
Clouds of yellow sand blown back in the eyes
Of those who follow after, the foaming breath
Of the gasping panting horses wetting the backs
Of the chariot drivers ahead, so great their love
Of glory, so great their love of victory.
Brave Erichthonius was the first to yoke
Four horses to a chariot and to stand
Triumphant up there over the whirling wheels;
The Pelethronian Lapiths were the first
To mount on horseback and to bridle horses,
And train them to circle and wheel, and they were the first
To teach a man in all his armor to leap
On a horse’s back and gallop across the plain
And proudly put his steed through all its paces.
The trainers want a hot-blooded lusty youth
With an eager spirit either for the race
Or for the fight. It’s the same in either case.
Remember, though, that the other one, the old
Stallion in the stall, was he who drove
The enemy before him, and claims descent
From the horses of Epirus, or brave Mycenae,
Or back through ancient days to Neptune himself.

Virgil was born on the ides of October, 70 A.D., not far from Mantua. While she was pregnant with him, his mother dreamed that she gave birth to a laurel branch, which struck root when it touched the earth and sprang up on the spot, so that it looked like a full-grown tree, stuffed with diverse fruits and flowers. The following day, while making for the neighboring fields with her husband, she turned aside from the path, threw herself into a ditch, and disburdened herself by delivering the child. Virgil the man was large in person and stature, with a swarthy complexion, a peasant’s brow, and uneven health, for he commonly suffered from pain in his stomach, throat, and head; indeed, he often spat up blood. He was sparing of food and wine. His most recent work, the Eclogues, has been translated most recently by David Ferry.

David Ferry is Sophie Chantal Hart Professor, Emeritus, at Wellesley College. His books of poetry and translation include his The Epistles of Horace: A Translation (Farrar, Straus and Giroux, 2001) and Of No Country I Know: New and Selected Poems and Translations (University of Chicago, 1999), winner of the Bingham Poetry Prize (Boston Book Review) and finalist for the New Yorker Book Award for Poetry and for the PEN New England/Winship Award. He was designated a “Literary Light” in 2001 by the Boston Public Library and won AGNI’s 1999 William Arrowsmith Translation Prize. (5/2003) 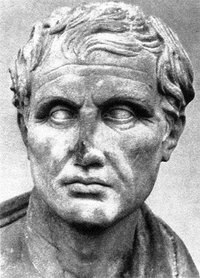 David Ferry is a poet and translator. His most recent book of poems, Bewilderment: New Poems and Translations (University of Chicago Press), won the 2012 National Book Award. In 2011 he was awarded the Ruth B. Lilly Prize “for lifetime achievement,” by the Poetry Foundation. His most recent book of translations is The Georgics of Virgil (Farrar, Straus & Giroux, 2005). He is currently translating Virgil’s Aeneid. His On This Side of the River: Selected Poems (2012) was published by The Waywiser Press in the U.K. (updated 10/2014)

Ferry’s translation The Odes of Horace was reviewed in AGNI 48 by Christopher Davis.