They rest in the labor they gave the tomb
Helmet, nosepiece, pectoral they made for the priest and buried there
They made vessels for use, vessels for ceremony
A rich man’s face, a parrot, a sea lion on a small jug
Gold goblets gleaming at the blood line
They made urns to re-tell their story that would never end
The binding, the bleeding, the wet ax girdling the rim
They could hold time in their hands because it was all one circle

They made what lasts, what vanished
Loin cloth, thatched roof, wooden bowl they made for their needs and set apart
Knowing these would have no value in the other world
They made lockets for the anticoagulant, for plants of vision
Gold for the sun and silver for the moon they followed them
If they had no writing, their plans are legible
If they left no music, their songs are clear
What could their work praise but the gods who devoured it

Because they were alive, because the rains came, because corn
They made the wire-thin webs
Because war and captives, because parades, ritual abasement
They made god face, human face, beast face, mask on mask
Layers of authority marked their creation
Gold acclaimed the hierarchies
They made the miniature temple crowning the priest’s scepter
Inside it, another priest holding another scepter

They were no different from others, they knew the gods drank blood
If they worshipped crabs and spiders, they found true spirit there
They saw a symmetry at the heart of things
Octopus pectoral: spider of the sea
Owl beak and eye sockets: spider of the air
They gave the priest his eight flat limbs
For the ax, for his head, for pikes, for his arms, for two legs to stand on
They incised his nosepiece with fangs

They made beads for him, strand on strand in turquoise and madrepore
They wove mica slick and glinting as fish scales
The work of their hands was a covenant with death
They arrayed the priest for his journey
Knowing their artistry would help him triumph in the other world
When dark came they slept on mats now gone to dust
They made masks, pendants and axes
They made everything that lasts in the tomb and were lost in it 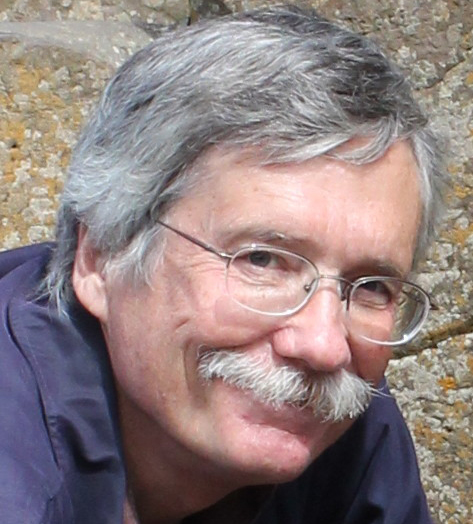 Don Bogen is the poetry editor of The Cincinnati Review.  He is the author of five books of poetry, most recently Immediate Song (Milkweed Editions, 2019). His collection of poetry, An Algebra, was published by University of Chicago Press in 2009.  His work has recently appeared in Copper Nickel, Chicago Quarterly Review, The Yale Review, AGNI, Poetry Northwest, and elsewhere. He is an emeritus professor at the University of Cincinnati. (updated 4/2022)