Away in the west, in Munster, the Earl of Desmond walked the banks of Lough Gur composing verses. He found a woman beside the lake, combing waves of copper hair. Her eyes were deep green water. A moss cloak lay on rounded stones.  He seized the cloak and the woman became his wife.

Every marriage has a myth.

Their son, Gerald, known as the Magician, could pour himself into and out of open bowls, like water, to make his mother laugh.

The teller of a tale tilts its meaning.

Aine, Bright-light, queen of rivers, lakes, and wells, ruled Munster from her sacred hill. Monks tried to dethrone her, but she held her ancestral lands, threw her cloak of seduction over tribal chieftains and an Anglo-Norman Earl.

The Earl of Desmond vanished in the year 1398. Some say he lives beneath the lake with Aine in her crystal palace. Every seven years he rises to ride the lake’s rim on a white stallion shod in silver.

He was the Poet Earl, given to fancies and long walks beside Lough Gur, the rhythm of his footsteps loosening verses from the depths. 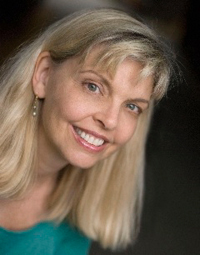 Janet Jennings’s poetry has appeared or is forthcoming in Apalachee Review, Bitter Oleander, Connecticut Review, Poet Lore, Runes, and elsewhere_._ For twenty years she owned and ran Sunspire, a natural candy manufacturing company. She lives in San Anselmo, California, with her husband and twin daughters. (updated 6/2009)